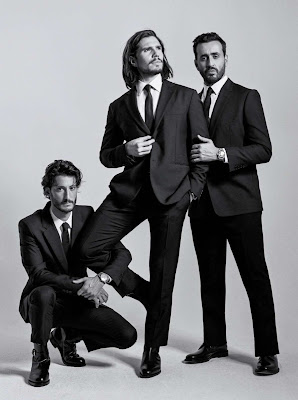 This month's issue of GQ France has three hot young things on it (via) but I'll be honest -- I only know two. Above on the left is Pierre Niney, and we know him -- we have had a crush on his insanely gallic super-features ever since Francios Ozon's 2016 film Frantz. He even has a tag here on this site! And then in the middle os the above photo is actor François Civil, and he might not have a tag yet here on MNPP but we've posted about him enough he probably should -- I think the first time I noticed him would have been either in 2014's Frank opposite Michael Fassbender or the (kind of terrific) found-footage horror flick As Above So Below that same year. 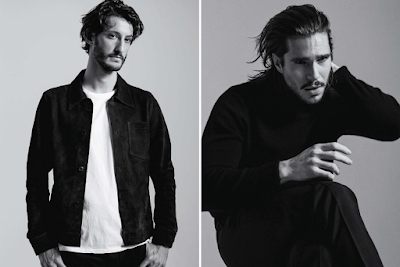 So the person I am unfamiliar with on the GQ cover is the dude on the right -- his name is Jonathan Cohen and he has the most credits of the three, but I don't think many of them have made their way out of France? The only movie's he's done that I have seen is White as Snow, the fairy-tale riff that had Isabelle Huppert playing a variation on the Evil Queen, but 1) that movie wasn't great and 2) Angela Bassett was sitting a couple seats away from me at the Tribeca screening where I saw it and I ended up paying more attention to her than I did the movie. Sorry, Mr. Jonathan Cohen! 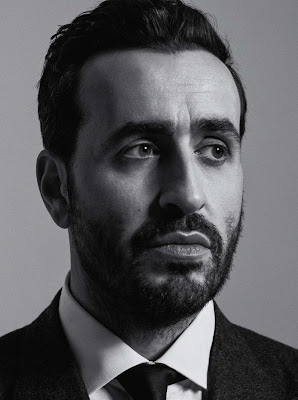 I don't have access to the GQ interview with these three as to why they're being photographed together, but the blurb alongside where I got these photos says they are longtime friends, and their IMDb pages tell me they have also all worked on a French TV series called La Flamme, which appears to be a satirical take on The Bachelor; indeed Cohen himself appears to be the lead of that series. Any of my French readers have more information? Until then it's been awhile since I did a "Do Dump or Marry" post -- where I ask y'all to pick one person to "Do" (have one night of sex with), "Dump" (like how it sounds), and "Marry" (live with forever and ever, amen) -- and hey it's three people! That makes it easy! So tell me in the comments your answer... 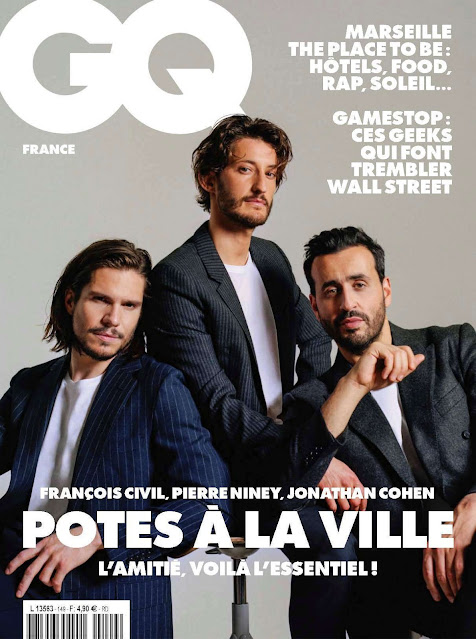 The serie is quite funny actually. They made a lot of bloopers video out of it. They seemed to have a blast. Niney played the shrink while Civil was a farmer. Cohen is indeed the “bachelor”.