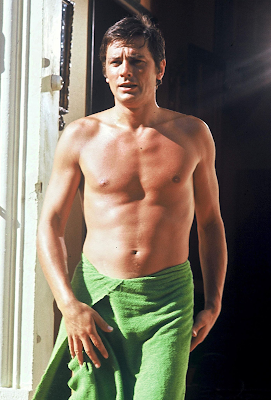 Oh snap, did Criterion just give me an excuse to spend ten minutes looking up photos of Alain Delon in Jacques Deray's 1969 sweat-classic La Piscine? They did, they did -- that title is topping their July release announcement, out today. I've never been able to decide whether I prefer Deray's film or Luca Guadagnino's 2015 re-do A Bigger Splash -- this is made possible by the fact that I only saw La Piscine a year or two before Guadagnino's film; otherwise the use of the word "never" would be a stretch. Now, with this blu-ray release, maybe I'll be able to properly judge! We're all winners. 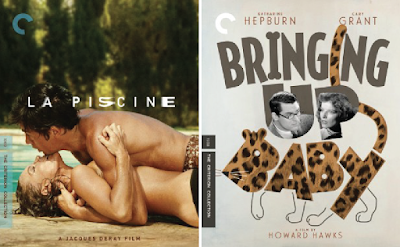 Another definitive highlight for my birthday month will be Howard Hawks' classic slapstick farce Bringing Up Baby, which has Kate Hepburn rattling her tasty bones at a friggin' leopard alongside Cary Grant (who just goes gay all of a sudden). Classic stuff, that. Also on tap -- Bill Duke's 1992 L.A.-Noir Deep Cover with Lawrence Fishburne and Jeff Goldblum (never seen it), Lizzie Borden's 1986 sex-work slice-of-life Working Girls (never seen it), and Andrei Tarkovsky's 1975 hallucinogenic mind-bender Mirror (which, dare I say, I have also never seen). A lot to chew on for July -- I hope these hit the Criterion Channel too so I can check them all out! Check them all out and pre-order at their site!

Holy heck!!! Working Girls??? Criterion??? Dream come true. I have loved this movie for 30 years and finally got to see it on the big screen when The Quad showed it along with a Q&A in 2019. Pre-ordering now! You probably know this but Film Forum is showing La Piscine next month.

I suppose it doesn’t fit neatly in your esthetic, however you must see Deep Cover! It has a slicked up Coen brothers feel.