All of Them Brutes 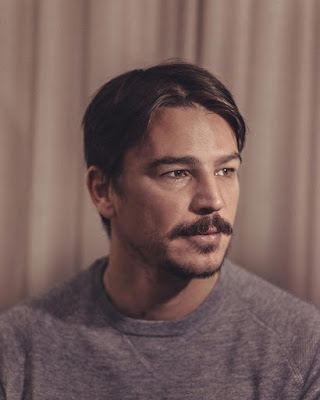 I am aware there exists let's call it "a tension" in using Josh Hartnett's pretty white man face to lure y'all in to filmmaker Raoul Peck's new HBO miniseries Exterminate All the Brutes, which is premiering tonight and which tackles as its subject no less than the creation of race, the myths of white supremacy, and the foundations of the systems that we've built around ourselves to dominate and enslave people for centuries. But I feel okay with doing this because Peck himself does it in his stunning and staggering series...
... (I've only seen the first two episodes out of four but I feel fairly safe in calling it both of those words) which weaponizes Hartnett's idealized Hollywood pretty-boy cred as its through-line, exploiting his presence to keep pulling us deeper and deeper into the unclassifiable series, which merges documentary with reenactments with straight-up history lectures in ways I'm not sure I've ever quite seen before. Thankfully I don't have to explain it too thoroughly myself, because they got Peck himself to introduce the thing!
Exterminate all the Brutes is frankly unmissable, and is the sort of thing that will be studied in schools for hopefully as long as we live. HBO Max can be forgiven a hundred Snyder-Cuts if they keep using some of those funds for this kinda thing. I thought a lot about Howard Zinn's hipster-accoutrement The People's History of the United States while watching it, which Peck himself referred to as his intent and an inspiration in a Q&A I watched alongside the series. So I know y'all know that book -- that's what you should expect here. But turned into brutally efficient cinema.
Who? Jason Adams When? 5:30 PM
Labels: Josh Hartnett, Politics, trailers

oh man watching that trailer all I could think of was Howard Zinn!!