Twinks In Space: The Trailer

I think you'll all forgive me for forgetting this movie was happening since I posted my original "Twinks In Space" post announcing this movie in April of 2019 and, uhh, some stuff's happened since April 2019. But one of those things was the actual shooting and the editing and all that jazz of the movie itself... which is technically called Voyagers but come on, there's still time to change that title to Twinks in Space -- you know you wanna!

The main twinks in this case are Tye Sheridan and the original Dunkirk-branded twink Fionn Whitehead -- supposedly the great Kelvin Harrison Jr. is in there somewhere too (not to mention the ever-welcome non-twink Colin Farrell) but apologies to them I was too distracted by the sexual electricity between Tye & Fionn...

... and so I had eyes for nothing else. The film was originally described as "Lord of the Flies in Space" and yeah, that's what it looks like alright. Watch the teaser here:

This was written and directed by the same guy who made that movie that ahd Bradley Cooper taking a smart pills and getting smart... with dire consequences... which makes all of that liquid medication in the trailer snap into place. Drugs is bad! Voyagers is being released "in theaters" on April 9th. And I made a few more gifs, after the jump... 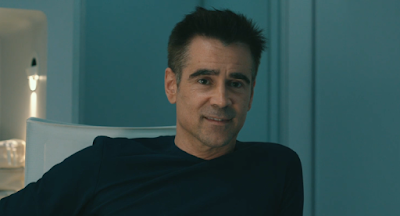 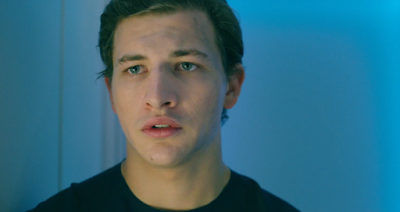 Hahaha it gets worse, Anonymous, it’s going to be rated PG-13!!

This looks pretty awful. At least the original Lotd of the Flues was all Male.