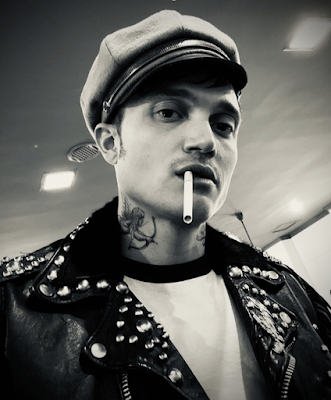 Stumbled upon an exciting seeming movie project ahead for us thanks to these Instagram sharings of the actor Karl Glusman, who you oughta be familiar with by now thanks to Gaspar Noe's Love, Nicolas Winding Refn's The Neon Demon, Tom Ford's Nocturnal Animals, or Alex Garland's series Devs (and yes, that's a crazy cool list of collaborators) -- he's filmed a movie called Please Baby Please and I might not yet be familiar with its makers but I am very familiar with his co-star, Andrea Riseborough, my beloved Andrea Riseborough. But even better is the description of the movie:

"In 1950s Manhattan, a newlywed couple witnesses a murder and becomes the obsession of a greaser gang, awakening a sleeping quandary about the couple's sexual identity."

The actor Harry Melling (you might not know his name yet but you will definitely recognize his face, especially since he played Dudley in the Harry Potter movies, but he was also just seen in The Queen's Gambit, not to mention a million other things) is playing Riseborough's husband in the film. So what we have here is a movie about sexed-up 1950s greaser Karl Glusman sexually confusing a buttoned-up married couple, then? Is that what I am saying? Oh and the movie also co-stars Demi Moore, Mary-Lynn Rajskub, and Cole Escola? I should add that. Dunno about you but I have a new number one looking-forward-to. 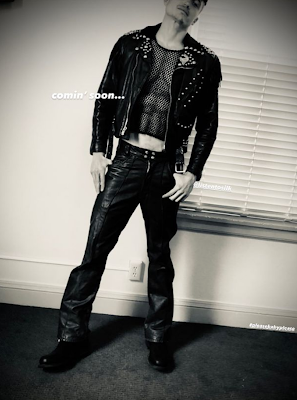 I wonder if we are gonna get some Kenneth Anger Scorpio Rising references.

I thought about Anger too, Shawny -- I wish I was more familiar with the filmmaker so I had some idea what to expect from this. My first thoughts were of sexiness but I'll admit the presence of Cole Escola (who I absolutely love, mind you) makes me wonder if it might not be more comedic?

I think Cole could totally do a dramatic role. We shall see.

I agree! He had dramatic moments on this last season of Search Party, he's wonderful. We shall see!