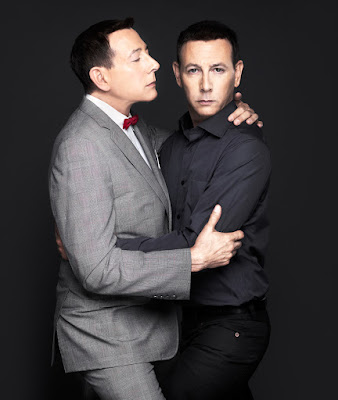 I would like to formally apologize to the Safdie Brothers for hating the ever-loving shit out of their last film Uncut Gems, because today they are more than making up for it with the news that they are producing an HBO documentary about personal hero -- hell, personal god -- Paul Reubens. Maybe you call him Pee-wee Herman? You shouldn't, unless he's in the gray suit and red bowtie, but I'm sure he's worked through his issues with being mostly recognized for that character at this point, given how much money I alone have spent on PW merch in my life. 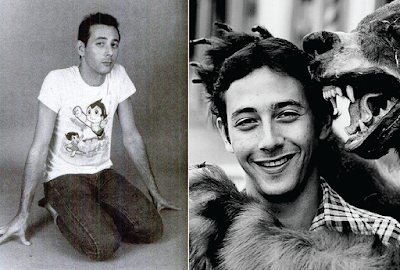 The doc is already in progress, and Deadline says it will be a "a kaleidoscopic portrait told in two parts" detailing his life BPW (Before Pee-wee) and APW (After Pee-wee, although there is no "After Pee-wee" really, Pee-wee lives forever.) Here's a quote from the man himself:

"I’ve been working with HBO since they were called Home Box Office! I’m honored and excited to continue my long history there. I love HBO, but I’m not going to marry them."

I guess you could say that there are a lot of things we don't know about him, Dottie. Things we wouldn't understand. Things we couldn't understand. Things we shouldn't understand. Kindly this press announcement makes no mention of the ridiculous hubbub that surrounded his 1991 arrest which effectively did kill "Pee-wee" for awhile (robbing me of my beloved Playhouse) although never, not even at the tender easily-embarrassed age I was when that nonsense happened, did it kill Pee-wee for me. It only made me love him more! Paul taught me many things but importantly he taught me jerking off was nothing to be ashamed of, and for that I'll forever be grateful.

If you haven't seen it, check out the Fairie Tale Theater production of Pinocchio on YouTube It's Shelley Duvall's amazing series, and Paul Reubens plays the title role. Also in the cast are Carl Reiner as Gepetto, James Coburn, Lainie Kazan as the Blue Fairy, Jim Belushi and the divine Helena Kallianiotes (the lesbian going to Alaska in Five Easy Pieces). Don Novello as Father Guido Sarducci narrates. It's a marvelous production, and Reubens is absolutely the right actor to play Pinocchio.