Married to the Mob Movie Producer 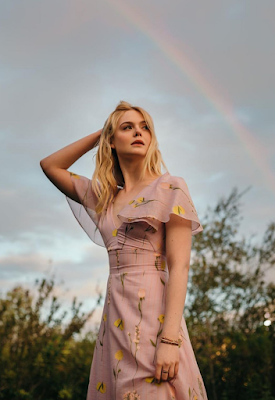 If I had known that Robert Evans was married to the actress Ali MacGraw during the making of The Godfather then I would have known to be waiting to hear who was playing Ali MacGraw in the movie about the making of The Godfather, which has Jake Gyllenhaal playing producer Robert Evans (and Oscar Isaac playing Francis Ford Coppola). I didn't know that until today though, when Elle Fanning was cast in the role. Ya know how they say you learn something new every day? Today it happened! First time in my life. Anyway I talk this news up plus more over at The Film Experience so click your ass on over right now please. I mean click with your finger. Unless your ass has talents. I don't know your ass. Maybe your ass can do that, in which case I say congratu-fuckin-lations!
Who? Jason Adams When? 5:54 PM

Jason, Since I am a huge Ali Magraw fan, I'll enlighten you about it. She was married to Robert Evans, which is how she got the role of Jenny in Love Story. After the success of that film, however, she desperately wanted to play Daisy Buchanan in The Great Gatsby, a role she wouldn't have been right for. She would have made a terrific Jordan Baker, however. That's why the 1974 stars a very pregnant Mia Farrow (by Andre Previn) and Robert Redford, with Lois Chiles one chilly Jordan Baker.

While waiting for the movie to be put together Ali went off and made The Getaway with Sam Peckinpah and fell madly in love with her costar, Steve McQueen, so divorce from Evans, loss of The Great Gatsby as a project, but five years married to McQueen. Ali Mcgraw and Robert Evans have a son as well.

Elle Fanning will be good in the role of Magraw, but I would love it if Magraw appears in the film as well. She's still beautiful and will be 82 at April 1.

Hey! You used an expletive infixation. Many languages have them. Inserting “fucking” into a word is one of the only ways we do it in English. It’s so American of us that it would be that word.