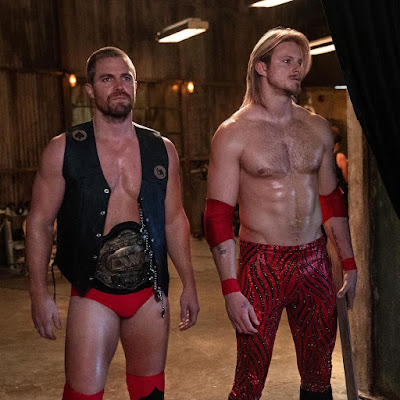 I was so confused when I first saw these photos of Stephen Amell and Alexander Ludwig and it said they were for an upcoming Starz series called Heels -- I was like, "Is Alexander playing a drag queen who has to turn to pro-wrestling to pay for his size-fifteen stilettos?" Alas, this is not the case. (Tell me that wouldn't make for an amazing show though.) The title means "heel" as in "bad guy" although who knows, maybe there will be a joke somewhere on the show about Amell's character wanting to wear lifts because he's shorter than Ludwig (they're playing brothers) and ta-dah, we'll have wordplay. 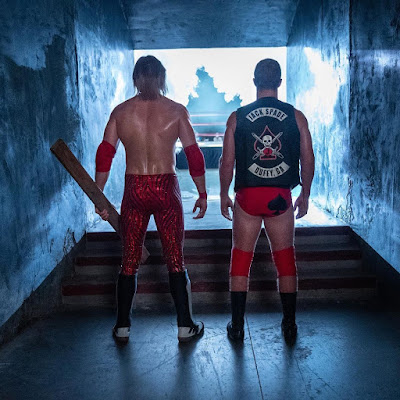 Why do they always have to be playing "brothers" on these things? Aren't we to the point where they can play boyfriends? I'm tired of Brother Programs! We've had a billion by now. There have been more TV shows about brothers than there have been actual Brothers in recorded history. Gimme boyfriend rivals in the ring, dammit! Aaaanyway the pictures come via TV Line where there's more info on the show -- it seems like a TV version of that movie Fighting With My Family from last year that starred Florence Pugh and Jack Lowden which I psychotically have yet to see, even though...

Remind me that I have this photo of Jack Lowden when Christmas comes around again, please (also, MY GOD) pic.twitter.com/6qj4Wi2Xhr