Give This Ass a Chance 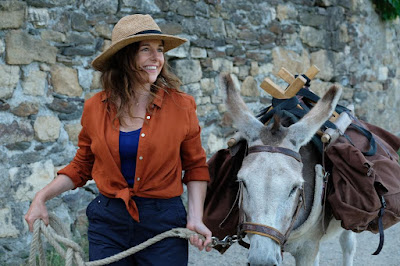 One of those movies that sweetly sneaks up on you before you realize what it's done, My Donkey, My Lover, and I (screening as part of FLC's "Rendezvous with French Cinema") stars Laure Calamy as Antoinette, a school-teacher who's first introduced to us as a bit of a nutter -- dominating her room full of elementary kids so that she's the star of their pageant (including a bit where she gets mostly naked in front of them in order to change outfits) she is too much too much from the get-go, and that's before we find out she's sleeping with one of the married parents of her students.

But Antoinette's unapologetic and sunny enthusiasm grows on you quick (Calamy is absolutely winning in the role) and even as we watch the character make outrageously ill-thought-out decisions -- the entire film's about her stalking said married parent on his weeklong family getaway, hiking in the mountains astride the titular ass which she is wildly unequipped to handle -- we find ourselves rooting for her to figure out her right angle, and find a route through to something like actual happiness.

And thankfully the film never tilts too hard into whimsy -- it's cute and charming but in a delicately balanced way, never overdoing the comedy, or somehow, astonishingly, never pushing Antoinette's ditziness into the off-putting. We watch her spill the beans with a big smile on her home-wrecking purposes to a room-full of people she has literally just met, and Calamy makes it all work, down to the last drop. You can see why any (straight) man would be willing to toss decorum over for this delightful nut, and you can also see why she's so much better than the hand she's dealt herself at the same time.

And then somehow it becomes one of the sweetest animal movies I've seen in ages to boot? Antoinette's push-pull relationship with Patrick, her Irish donkey partner on this improbable romantic trek, will absolutely win you over by the end -- there's a bray in the last act that will crumble the heart of the coldest donkey hater. I'd watch a thousand adventures of Antoinette and her best ass friend, I tell ya! 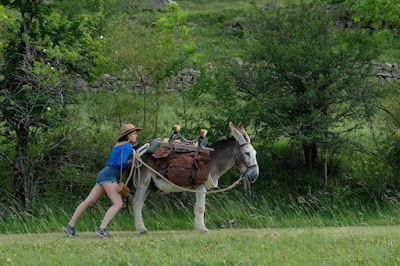 Love this actress. She's so good in Call My Agent.