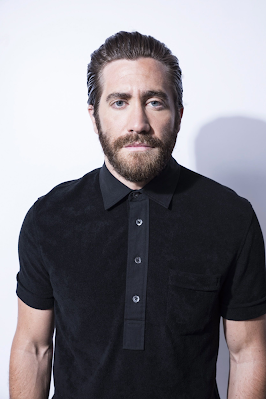 We've got word of a new Jake Gyllenhaal project! As if there aren't already fifty of them lined up on his IMDb page. And this (like two other announced projects of his which have gone nowhere, The Anarchists vs ISIS and The Division) is yet another military one -- Jake does love a uniform. This one's called Combat Control and it's going to tell the true story of an "Air Force Combat Control Technician" named John Chapman who was awarded a posthumous (lol spoiler!) Medal of Honor for the work he did in Afghanistan in 2002. Chapman's story got turned into a best-selling book called Alone at Dawn (which if you ask me is a better title than Combat Control) and the movie's set to be directed by the dude who made that wildly boring Chris Hemsworth action-movie Extraction for Netflix. I'll just go ahead and admit that, Jake in a uniform aside, the prospect of this movie is not exactly making my heart skip a beat. Well we'll always have Ambulance!

These are definitely not photos of Jake Gyllenhaal getting blown from the front seat of an ambulance on the set of Michael Bay's Ambulance pic.twitter.com/e34usTaIou

I think he’s having his belly button cleaned out.