Arnold: I don't think we should panic.
Everything goes in cycles, it's natural. Besides, every
generation thinks it's the end, the worst it's ever been.
Charlie: And one generation will be right.
Gloria: Well, when the world blows up,
I hope I go down dancing.

A happy 47 to the director Sebastián Lelio today! I've been championing Lelio ever since the first Gloria came out circa 2013-ish (which in the great vein of Hitchcock and Haneke Lelio remade his-own-damn-self several years later) but, as much as I have touted those films and Disobedience and A Fantastic Woman I am just now realizing I've never yet bothered to go back and watch the movies he made before this! 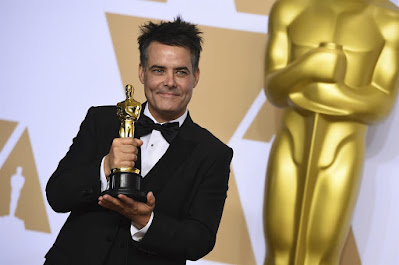 He made three full movies before Gloria -- The Year of the Tiger in 2011, Navidad in 2009, and The Sacred Family in 2005 -- as well as part of an anthology film called Fragmentos urbanos in 2002. Have any of you seen any of these? I really should get on this, seeing as how I've loved every thing I have seen of his.