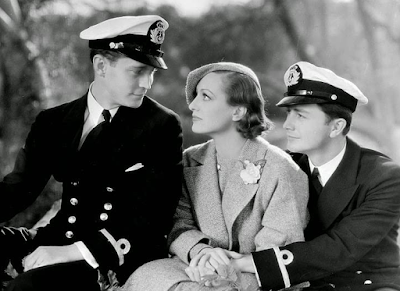 Diana: When I ring for tea, no blubbering.

Have any of you seen this odd little pre-code Howard Hawks melodrama? I just watched it this weekend (it was on TCM); it stars Joan Crawford -- who was born on this day 117 years ago, huzzah! -- as Diana, a woman in love with a sailor (Robert Young) who then falls for a rich American (Gary Cooper) while the sailor's off sailing. Meanwhile her brother (a fine-looking Franchot Tone) is all up in their business... to be honest I missed the fact that Tone was supposed to be her brother and I just thought this was a threesome arrangement, as you never know with these pre-code movies, and Joan always radiated wanna-fuck energy with all of her male co-stars, even the ones playing her brother. 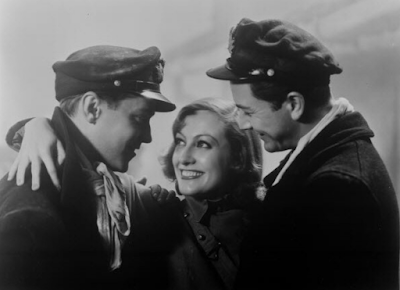 Of course Tone & Crawford were fucking; they married two years later. And the energy between them in this movie is intense,  so you'll forgive me for entirely missing the "brother" thing. And weirdly Gary Cooper hardly registers in this film? Might be the first time I thought that, especially in a film still this early -- he still looks like Gary freaking Cooper here but his character's hardly around and has little to do besides sweep in when the plot demands it. The real heat's with brother Tone. 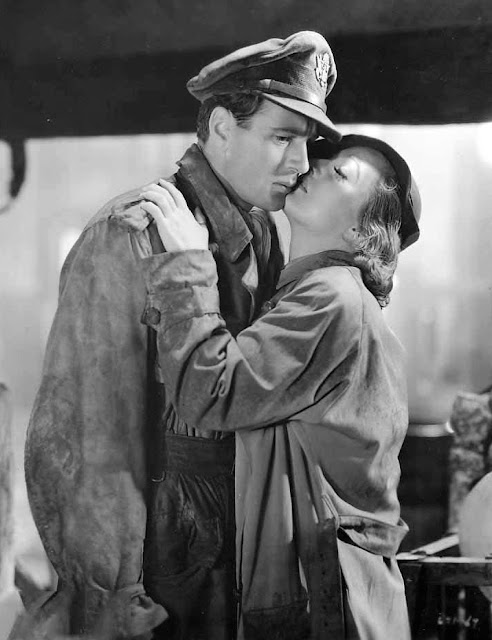 Despite my love for Joan I thought it was a ponderous, miscast slog of a film. Everybody is ultra-professional but the ridiculousness begins with the fact that Crawford, Young and Tone are all supposed to be British born yet none speak in anything but refined American accents. Cooper doesn’t register strongly but at least his character makes sense. If they had cast truly English actors, say Madeleine Carroll, Ronald Colman and Leslie Howard, it would have still been a bore but at least not been so glaringly wrong-headed.

This came during the time Metro was trying to move Joan away from the shop girl roles that were her bread and butter, but this was an ill-advised vehicle for her. It’s missing Hawks customary economy of timing and pace and lacking any visual sense of time or place.

Actually, my main memory is Joan's wildly inappropriate clothes, in particular one outfit that looked like she has an ironing board attached to it!

She and Tone made many films together, but they are mostly unmemorable ones in her canon, though the next year’s Sadie McKee is one of the better flicks. For some reason Tone usually played the one who loses her in their pictures together.

She also made several movies with Robert Young. My favorite of those-Goodbye, My Fancy-came after both had departed MGM and Joan was one of the queens of Warners.

This movie isn't great but it was shot from William Faulkner's first Hollywood screenplay and is based on his story "Turnabout," which I think is interesting. The original story has no female characters, includes none of the life in England bits, and is a very gay-ish love/friendship triangle between the two sailors and the pilot.

Hawks had read the story and he's the one who asked Faulkner to adapt it. Irving Thalburg approved Faulkner's script, which follows this set-up near exactly, and sent it to production. But apparently Crawford was between projects, and so soon after, Faulkner was told to rewrite everything to make the film a vehicle for her, which he nearly refused to do.

I think the finished film shows it's seams pretty openly in the weird four-person love triangle it tries to make work. But also, in that ironing board dress lolol