Cannibals Are So Hot Right Now 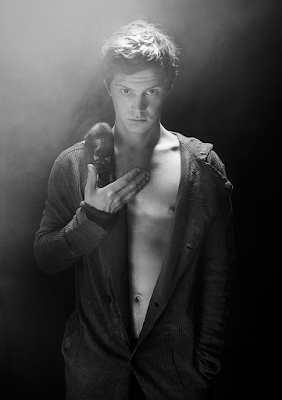 First up, the big news (although I wouldn't exactly call this a surprise) -- Evan Peters is going to play Jeffrey Dahmer in producer Ryan Murphy's new Netflix miniseries, which is aiming to tell the story from Dahmer's victims perspectives. Famously Dahmer's victims were mostly young gay men of color, and the police couldn't give a shit about young gay men of color, so Dahmer was allowed to kill for a really long time. To that end Janet Mock, the writer of Murphy's Pose, will be writing and directing a lot of the series.

It's hard not to have an, uhh, complicated reaction to the news that Ryan Murphy is producing a Netflix miniseries about Jeffrey Dahmer's queer cannibal killing spree in the 70s and 80s no matter what though, given how wildly variant quality remains a concept in Ryan Murphy projects -- could this possibly be another high-water mark like his Assassination of Gianni Versace series? Since it doesn't involve that show's writer Tom Rob Smith (a personal fave, who only worked with Murphy that one time) I am thinking probably not. 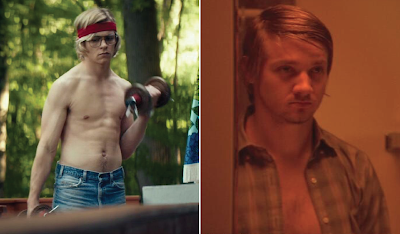 But focusing in on the victims is the right thing to do; I mean we've already had two entirely solid films about Dahmer with the Jeremy Renner film in 2002 and My Friend Dahmer in 2017 with Ross Lynch and that's a good batting average, given how shitty serial-killer-movies tend to be most of the time. And Peters, even though a choice so obvious it could be seen from outer space, is good casting. He's proven more than capable over past seasons of American Horror Story of being genuinely scary. And then there's the rest of the cast!

Dahmer's parents will be played by Penelope Ann Miller (now there's a welcome comeback) and Richard Jenkins -- Jenkins in particular is a knee-shakingly good choice, as Dahmer's father is an extremely complicated role, through Dahmer's life and after it. You should read his book A Father's Story if you haven't, it's fascinating. And Jenkins is a wonderful actor of course; this could be a great role for him. But they're not all -- also in the cast is my Claws queen Niecy Nash! She's playing Dahmer's legendary next-door neighbor, who called the police time and time again on Jeff, only to be routinely ignored -- Deadline is saying her role's the female lead of the show. Nash of course worked with Murphy on Scream Queens, and was recently seen to great dramatic effect on the miniseries When They See Us about the Central Park Five. 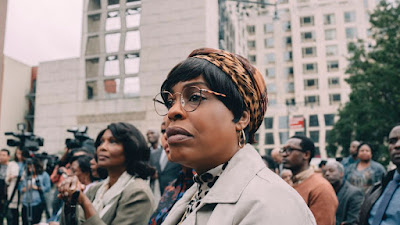 jeffrey dahmer was considered a good looking macho honey in the milwaukee gay clubs. i would have wanted to cast someone like charlie hunam.

I adore Penelope Ann Miller, she was so good in American Crime. I tweeted about it, and she actually sent me a thank you!

Ryan Murphy didn’t do When They See Us, Ave Du Vernay did.

I thought this post was going to be about Armie Hammer.

"Ryan Murphy didn’t do When They See Us, Ave Du Vernay did."

Good catch, don't know why I got confused about that. NN did work with RM on Scream Queens of course. We'll chalk it up to me not being awake yet, haha, will fix.

Also Janet Mock+POSE is probably even better than Tom Rob Smith+GIANNI VERSACE so I have slight high hopes for this project. But of course it's STILL Ryan Murphy so who knows.

I am sad that we "need" more movies to cover Dahmner. His story has been covered, there isn't anything new to tell, it shouldn't be entertainment.