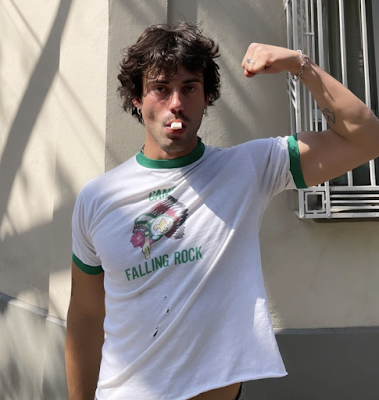 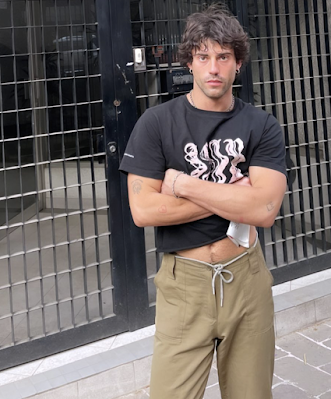 It's been a quiet week for magazine photo-shoots so there for our gratuitous-fix are a pair of photos from German actor Aaron Altaras, via his Instagram. You might recall he first caught our eye in the gay soccer romance Mario in 2018 (reviewed here, and which is streaming on Amazon right now) which led to a deluge of posts (you'll want to click here especially) -- then he showed up on the Netflix series Unorthodox (he was one of the Sexy German Youths that lured leading-lady Esther away from her religion), and another round of posts appeared. Whaddya know. Now it seems he's got something else of interest on the horizon... 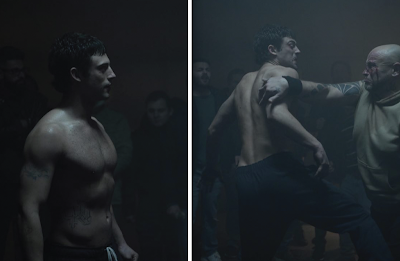 ... some sort of Fight Club looking series called Wild Republic; all I know of it is these photos that Aaron shared, but... they're enough to know I want it? Plenty, even!
Who? Jason Adams When? 2:55 PM
Labels: Aaron Altaras, Anatomy IN a Scene, gratuitous