5 Off My Head: Something SXSW This Way Comes 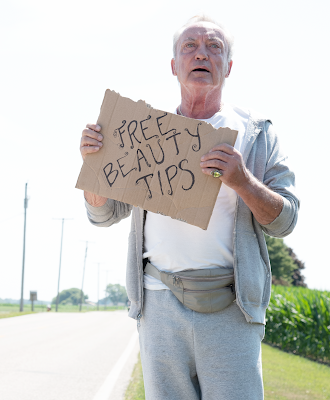 I am about to say something very controversial. I hope you'll still be able to look me in the eyes (or whatever the online equivalent of that is) after this but here goes: this pandemic sucks. It just does! The pandemic sucks! Send your hate mail to somebody else, I am speaking my truth. The Pandemic is not a good thing, no matter what Martha Stewart says. That said there has been one gleaming, shimmering beneficence I have experienced over the past bad year -- I've been able to "attend" a bunch of film festivals from my perch in NYC that were unavailable to me before this. Does this make up for The Pandemic? It does not. But instead of, you know, dying, I will take this.
Last month I did Sundance for the first time, and now -- ta-dah! --now comes South By Southwest. Like Sundance I've always wanted to go to Austin and experience SXSW but, and I don't know if y'all know this, I have a full-time job that has nothing to do with movie-blogging. So week-long out-of-town jaunts to Film Fests have so far proven impossible. I can do in-town ones like NYFF and Tribeca that can be scheduled in between and around my work-hours easy enough, but these Pandemic-Era Virtual Fests have been a godsend.
So that's my far too longwinded introduction to the fact that yes, I will be covering this year's SXSW next week. It runs from March 16th through the 20th, and you can check out the website and the film line-up over here. Please do buy a pass and watch some movies! I'm personally pretty excited because SXSW always has lots of genre films and y'all know I love my genre films. And on that note I'm now going to highlight the five movies I'm most looking forward to seeing!
5 Movies Out of SXSW 2021 I'm Looking Forward To 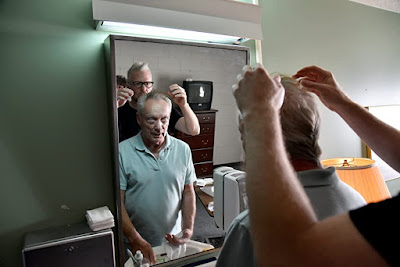 Swan Song -- All I have to say is that this is a movie that stars Udo Kier as a flamboyantly gay hairdresser, right? Right? You're sold already? You should damn well be. But here's more in case you're crazy difficult -- it's about Udo Kier, flamboyantly gay hairdresser, going on a small-town quest to style a dead woman's hair. And it co-stars Jennifer Coolidge. Yeah. I know. I'll wait for you to get off the floor before moving on. 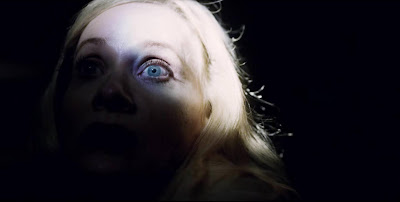 Jakob's Wife -- I felt like I got to it super late but I was shocked and delighted last year when I finally got around to seeing director Travis Stevens' Girl on the Third Floor (reviewed here), which ogled the hell out of its leading man WWE star CM Punk whilst also tossing him into a tub of gore and flinging all kinds of crazy shit at him -- that movie rules. So of course I will see Stevens' new movie no matter what. But this stars the living legend Barbara fuckin' Crampton. Come on now. 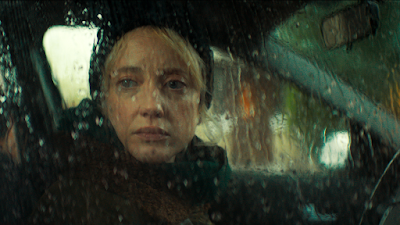 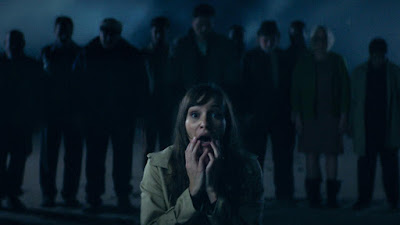 Off-Season -- I've only seen two Mickey Keating movies to date, but they've both been worth seeing. Carnage Park in 2016 (reviewed here) and to a slightly lesser extent Psychopaths (reviewed here) the following year. He gives really good roles to actresses (in both of those films' case that was Ashley Bell) though and he's got a couple of fine actresses this time around with Off-Season in Melora Walters (from Magnolia and PEN15) and Jocelin Donahue (from House of the Devil). 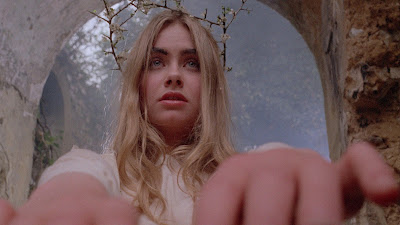 Woodlands Dark and Days Bewtiched: A History of Folk Horror -- a three-plus-hour documentary about Folk Horror movies? I signed up for this faster than you can scream Samhain. faster than you can put on an animal mask and dance with Christopher Lee, faster than you could put naked Jack Reynor into a hollowed out bear suit -- that's how fast! That's fast.
-------------------------------------
A couple more films high on my list: Broadcast Signal Intrusion (conspiracy thriller starring Harry Shum Jr.), The Feast (some sort of class warfare horror), Gaia (folk horror), Potato Dreams of America (movie about a gay kid in 1980s USSR), Paul Dood's Deadly Lunch Break (a horror-comedy that sounds very Vincent Price, about a talent show loser who begins killing off those who wronged him). 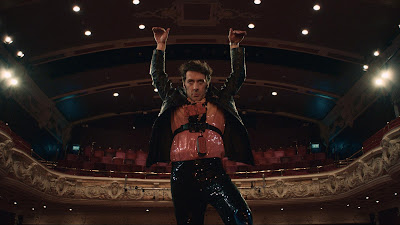 So please stay tuned! Next week lots of SXSW coverage (as long as my second dose of vaccine doesn't kill me on Monday, haha fingers crossed) here and maybe at a couple other places! And go check out their entire line-up on their website!
Who? Jason Adams When? 4:19 PM
Labels: 5 Off My Head, Andrea Riseborough, Harry Shum Jr, horror, Jennifer Coolidge, lists, SXSW, Udo Kier