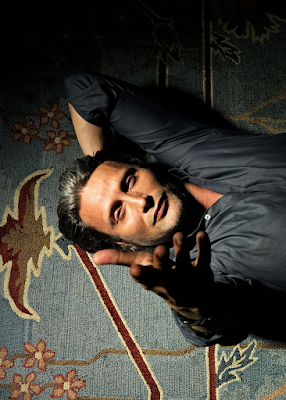 Here is a photo of the actor Mads Mikkelsen -- who should get an Oscar nomination for Another Round if you ask me, which you didn't -- telling you to come, take his hand, and head over to Amazon where you can buy the complete three seasons of the masterpiece known as Bryan Fuller's Hannibal for under 21 bucks right now. It's a nice way to say "Fuck you!" to that godawful looking Clarice series that the people who own the Lecter rights decided to make instead of a fourth season of this stellar series, and who knows, maybe somebody will be paying attention, see the blu-rays selling like hotcakes, and actually get Mads & Co back in the serial killer business. Never say never, not when something's this delicious!
Who? Jason Adams When? 2:57 PM
Labels: Bryan Fuller, horror, Hugh Dancy, Mads Mikkelsen