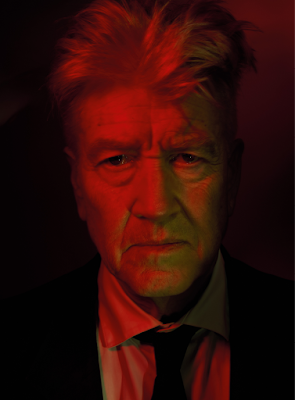 You'd think I'd be better prepared for the 75th birthday of the man I consider the greatest living filmmaker, but as I keep saying today -- my mind has been awfully elsewhere! I mean I also forgot to mark the 20th anniversary of Donnie Darko yesterday, but you can see the tweet-thread linked below for a little about that though, at least...

Jake Gyllenhaal on Donnie Darko's 20th "Pulled out my script & some artifacts from Donnie Darko. It was released 20 years ago today. It’s a film that changed my life and my career and it’s been unreal to watch this story find afterlives with new audiences and new generations..." pic.twitter.com/PenximK87D

Anyway we love you, Mr. David Lynch! Happy 75! And we can't wait to find out what that super-secret project is that you're supposedly at work on. (More Twin Peaks? Laura Dern just screaming in a loop? Ten more hours of that talking monkey? I'll take any of it.) Y'all can wander though MNPP's David Lynch Archives if you want more, there's plenty, but here on this very happy 75th of his I ask you...

I know everyone raves about Mulholland Drive, but for me Blue Velvet is the top!

Blue Velvet was my first David Lynch movie and it will always be my favorite! What’s sad, I grew up in a small town whose video store was a spinning rack at the supermarket. I think I looked at the Blue Velvet case for a good year before I finally rented it. I knew nothing about it other than it was the last movie I hadn’t seen. It blew me away.