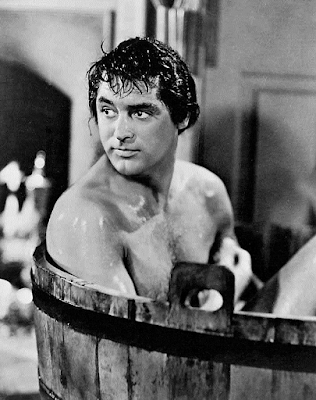 A happy one-day belated birthday to Archibald Alexander Leach aka the movie-star Cary Grant -- I actually did wish him a happy one on Twitter but Cary can't couldn't and shan't be be contained to one place. And especially  not when I came across these photos of him bathing his celebrity nudeness yesterday. Has anyone seen this 1940 film The Howards of Virginia? Released smack-dab between His Girl Friday and The Philadelphia Story Grant was plenty of star when this came out, but the film looks at a surface-level as forgettable as it's turned out to be. But then who knows -- there are hidden gems still out there, pleading for rediscovery. I'd be shocked if this was one, though. Still it gave us Cary soaping himself in an itty bitty tub as two grown men watch on so it's not a total wash. Get it? Wash? Oh god just hit the jump for a couple more... 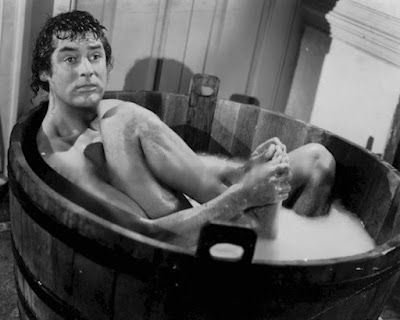 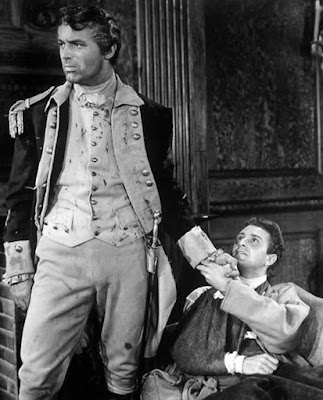 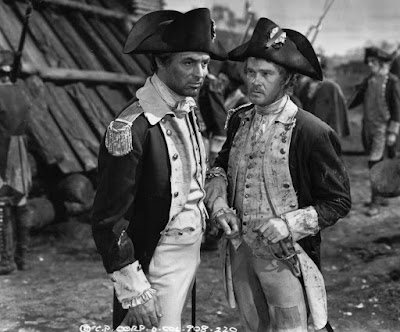 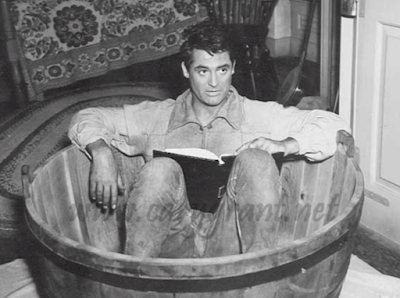 Before I watched it I was really looking forward to The Howards of Virginia. It had a terrific cast (beside Cary there's Martha Scott, Cedric Hardwicke, Anne Revere and a personal favorite Elisabeth Risdon plus many other familiar faces) and being a history buff and there being a dearth of films about the American Revolution, that this dealt with that sweetened the pot.

While I didn't hate it by any means it was a disappointment. It tried to be too many things and ended up scattered. Cary was at his peak dreamiest, and the tub scene was a big plus! The odd thing though was he wasn't suited to costume pictures. On the face of it with his perfect diction, great posture and on camera adroitness you would think he'd be a natural but in his few pictures set in other than contemporary times he always seems stiff and ill at ease. The film is worth seeing but don't expect it to be an undiscovered gem.

But speaking of undiscovered gems there is a film set during the American Revolution from a few years previous-1934 to be exact-named The Pursuit of Happiness that is well worth watching if you can find it. It's a charming romantic comedy of Hessian soldier Francis Lederer who deserts to the American side and falls in love with sweet farm girl Joan Bennett while her somewhat dingy parents Charlie Ruggles and Mary Boland (who bares the wonderful name Comfort Kirkland!) bicker and prattle on the sidelines.