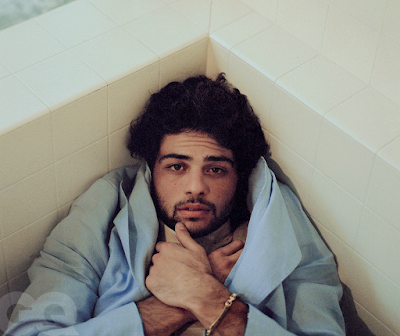 Much like Bridgerton the To All the Boys I've Loved Before franchise of teen rom-com's is a Netflix phenom that's gonna pass me right on by. But also like Bridgerton that's not gonna keep me from ogling its breakout star, Noah Centineo -- but then you know that. We've been ogling Noah here on the site for two straight years already, check our archives. His moppish Ruffalo Jr thing is straight down our wheelhouse. (Hey remember that time he Instagrammed himself half-naked and adorably loopy on pain-pills?) Anyway I guess there's a third Boys movie hitting Netflix on February 12th (just in time for Valentine's, natch) which means we get a trailer (watch it here) as well as a hot new photo-shoot... 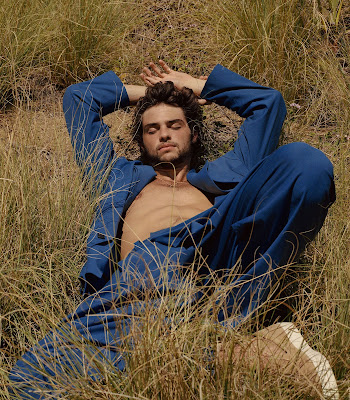 ... and oh right also an interview or whatever, this one for GQ magazine. Did I read the interview? I did not. I doubt he says, "Everybody go read my most favorite website My New Plaid Pants right now!" or "I love you, Jason!" so why would I care to? I mean you go read it and tell me if he says either of those things, in which case I'll apologize and eat my words, along with some other things, wink wink Noah. But for now let's just enjoy the shoot, after the jump... 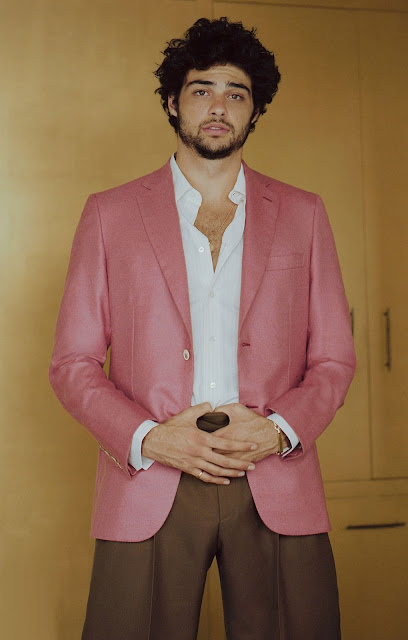 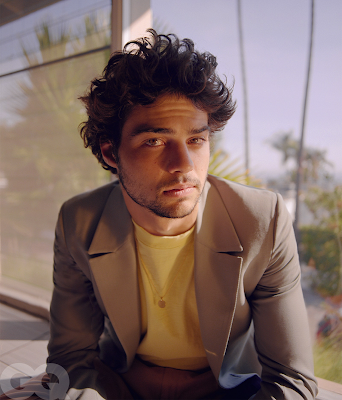 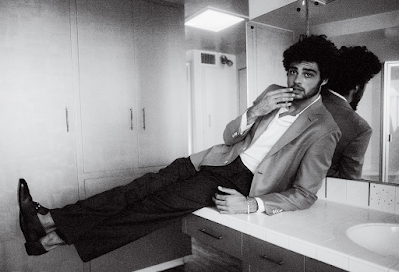 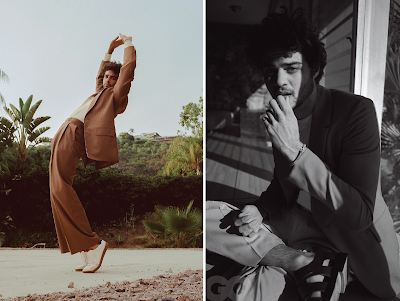 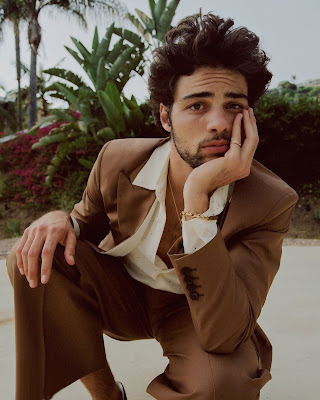