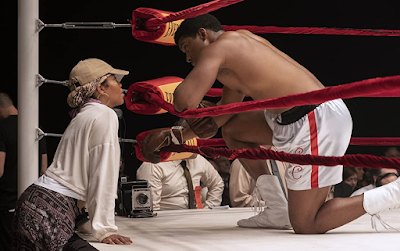 First things immediately, a happy birthday to One Night in Miami director and queen-since-way-back Regina King today -- I love that her big movie is getting released on her birthday! Yes indeed One Night in Miami is now on Amazon Prime, watch it here -- this is the flick that imagines what a night in 1964 would have been like where Muhammed Ali (Eli Goree), Malcolm X (Kingsley Ben-Adir), Jim Brown (Aldis Hodge), and Sam Cooke (Leslie Odom Jr.), all met up in a Miami hotel-room to drink, chat, and blow our collective heads in the future with such a confluence. 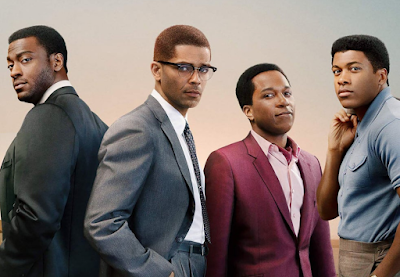 You can watch the trailer here, although I recommend just watching the damn movie now that you can -- the four guys are great (Ben-Adir is best in show for me, but most people seem to have a different fave) and the movie's got a lot of heart, passion, and thoughtfulness to recommend. It's also got, dare I say, just a lotta goddamned eye candy with these four actors. 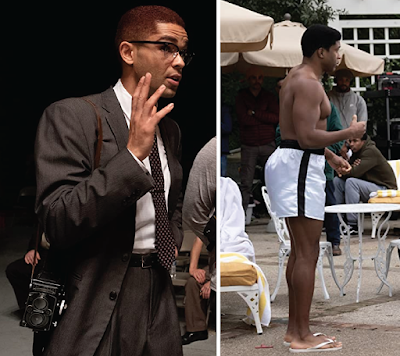 Which brings me to the "Do Dump and Marry" portion of the post. We haven't done one of these in awhile and this movie clearly lends itself to the game, even if it does present the question of an Odd Man Out since there are four people and three slots (ha) they can fill. Those slots? "Do" means you spend one night with them. "Dump" means you do nothing with them. And "Marry" means you do everything thereafter with them. I'm going to leave it to your discretions with the extra name -- dump two people, fuck two people, have yourself a Mormon wedding, I don't care. 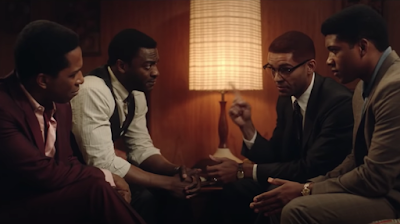 Good article on Slate about how this film does Sam Cooke wrong.

I actually know very little about Sam Cooke, but it is pretty mean towards him

My answer is pretty close to bdog's:

I would marry Ben-Adir, do Goree, dump Odom, and be sorry to miss out on Hodge.
Then marry Cooke, do Ali, dump Malcolm, and hope Brown sticks around as a family friend.