Criterion is Made at Night 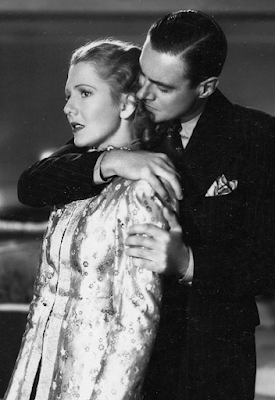 So I just fiiiiinally got the Criterion Channel a couple of weeks ago and it's truly an astonishment, more content than I could ever come to grips with. My list grows by bounds every day, until finally, one eve, it will topple and crush me and I can't imagine a finer fate. Anyway that's my way of prefacing a complaint, imagine that, that they don't have more Frank Borzage films! It could be a rights thing -- I think a lot of Borzage's movies were for Fox and now Disney owns Fox and we all know how that is going. (Insert barf emoji here.) But what it comes down to is I really want an American boxed-set of the Janet Gaynor & Charles Farrell films...

Watched a collection of Old Hollywood paparazzi footage on TCM that included blessed footage of my man Charles Farrell on a red carpet pic.twitter.com/e3or9JwX52

... all twelve of them! Besides The Devils on blu-ray it's the Movie Thing I want the most of all. And I feel like Criterion is the place where I could get that, at least most respectfully. I do have a foreign set (not this out-of-print one unfortunately, which looks like an absolute dream) that includes a couple of the films -- Street Angel and 7th Heaven, which were in particular directed by Borzage -- but my ass is greedy. Anyway I thought of all this today, here on the grand occasion of our monthly Criterion Announcement Day, because Criterion is indeed releasing a Frank Borzage film on disc. It's not one that stars Farrell & Gaynor though... ... it's the 1937 adventure-romance History is Made at Night, starring Jean Arthur and Charles Boyer. Have any of you seen it? I have not but it sounds grand, and I've never disliked a single Borzage film yet of the several I've seen, even the ones that don't star Farrell & Gaynor, so I've got high hopes for this one. It's also on the Channel right now, it appears, so maybe I'll watch it this weekend! Here's how it's described:

"Suffused with intoxicating romanticism, History Is Made at Night is a sublime paean to love from Frank Borzage, classic Hollywood’s supreme poet of carnal and spiritual desire. On the run through Europe from her wealthy, cruelly possessive husband, an American (Jean Arthur) is thrown together by fate with a suave stranger (Charles Boyer)—and soon the two are bound in a consuming, seemingly impossible affair that stretches across continents and brings them to the very edge of catastrophe. Lent a palpable erotic charge by the chemistry between its leads, this delirious vision of lovers beset by the world passes through a dizzying array of tonal shifts—from melodrama to romantic comedy to noir to disaster thriller—smoothly guided by Borzage’s unwavering allegiance to the power of love. " 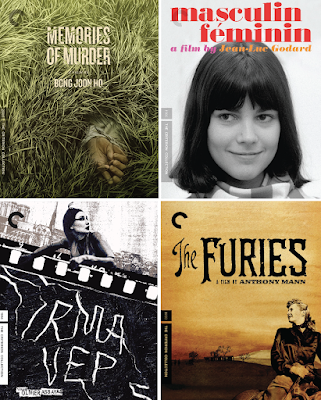 OMG! The Furies with our favorite Missy Stanwyck! I'm IN!!

It has been quite a while since I've seen History is Made at Night so my memory is a bit sketchy but I recall it being decent though not something that I loved.

However a rewatch is definitely called for. When I saw it last time I had just found out that the Jean Arthur behind the scenes, a terror-cold, remote, and haughty, often a termagant who suffered so badly from stage fright that she would throw up before takes-was a completely different being from the bewitching woman she appeared and it soured me on her for a long time affecting how I felt about her movies. But now I just take her at face value and try and put all that to the side.

The Furies is one wild ride of a psychological Western full of complex, screwed up emotions and amazing performances.

History Is Made at Night is wonderful, Jason! The print I watched on The Criterion Channel last year was not the best, so I'm happy they're issuing a restored version.