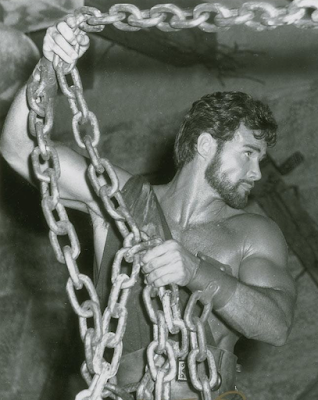 My "Siri Says" series always starts and comes and goes and stops in fits and starts, but after last week's enormous 2016-a-thon -- where I named my 25 favorite movies of that absolutely fabulous year in film -- I'm feeling like pushing the rock a little further down the hill, checking off one more year in the history of cinema. So I asked Siri today to give me a number between 1 and 100 and (after several answers that we'd already done) she gave me the number "58." Which means today I'll be talking The Movies of 1958!

I've probably admitted this before in one of my other posts about the end of the 1950s but this period in movies, save a couple of bright spots, isn't especially my bag. It's all Rat Pack and technicolor Movie Musicals and bloated war epics, blah blah blah. Most of the mainstream respectable shit reduces me to groans. (Except Paul Newman, who reduces me to... different groans.) But on the sidelines there's some fun sci-fi / horror happening, and I've been known to enjoy me a sword-and-sandal picture now and again. This year introduced both Steve Reeves as Hercules and Christopher Lee as Dracula! Neither of those make my top five though...
My 5 Favorite Movies of 1958 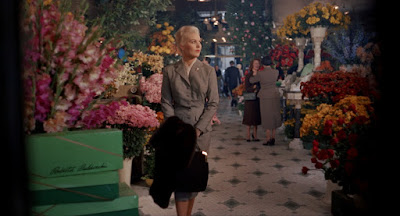 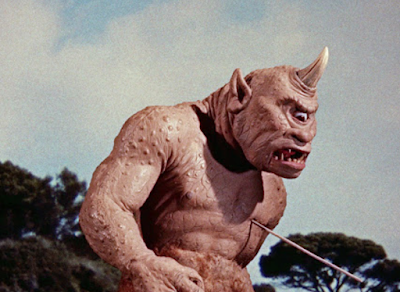 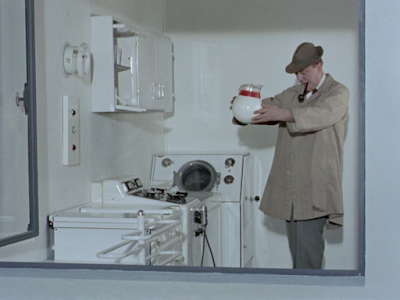 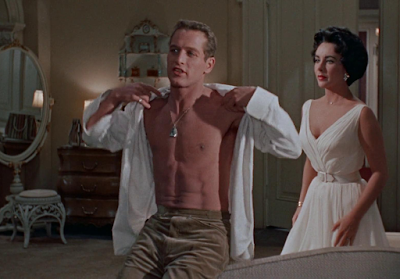 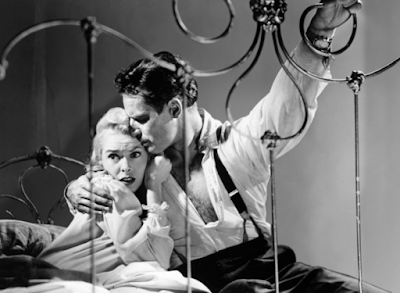 I am shocked, shocked, SHOCKED that Auntie Mame is nowhere in sight on your list!! Rosalind must be weeping in heaven.

Invention for Destruction is one I don't know but the others are a nice varied list including your runner-ups.

I don't love Vertigo as much as most do, it's a good study of a twisted soul with Kim Novak's best performance, but as Hitch films go it's no Rear Window or Strangers on a Train.

Cat on a Hot Tin Roof is prime era Paul Newman visually but the film belongs to Liz, Burl and Jack Carson (a criminally underappreciated actor).

It's not the 40s', my favorite film decade, but I love the 50's! I could do without most of the war epics but I love bloated Technicolor musicals and selected Rat Pack movies but there really is so much more.

This is one where I can easily do a top 25 more or less in order:

1. A Night to Remember-The best of all Titanic movies, though I do love the Clifton Webb/Barbara Stanwyck/Thelma Ritter version.
2. Auntie Mame-Utterly divine
3. The Reluctant Debutante-Kay Kendall was a goddess and this is perhaps the best showcase she had in her brief life. She and hubby Rex Harrison play off each other beautifully.
4. This Happy Feeling-Debbie Reynolds at her most pert, Alexis Smith delicious in her sly bitchiness, Estelle Winwood as the tippling housekeeper and John Saxon at his dreamiest!
5. Some Came Running-Yes it's the first so called Rat Pack movie but it is a serious film with none of the laziness that crept into them later. Shirley MacLaine breaks your heart.
6. Elevator to the Gallows-Amazingly suspenseful.
7. Indiscreet-A saucy souffle with Cary and Ingrid radiating oodles of charm and star power.
8. Chase a Crooked Shadow-Intricate mystery with Anne Baxter in the thick of it.
9. King Creole-Elvis's best movie with the dynamite combo of Carolyn Jones and Walter Matthau backing him up.
10. The Hidden Fortress-One of Kurosawa's best.

Cowboy, The Matchmaker, Marjorie Morningstar, The Female Animal, Cry Terror, The Long Hot Summer, Big Deal on Madonna Street, The Two-Headed Spy, Violent Playground, Carve Her Name with Pride, The Sheriff of Fractured Jaw, Home Before Dark, The Girl Most Likely, I Want to Live!

Joel -- as always you rule, with your lists! As for Auntie Mame I couldn't recall if I've seen the entire thing or not? I know I've seen chunks of it -- they play it on TCM often enough -- but I don't thiiiink I've ever sat down and watched it from start to finish. So I wasn't sure where to put it and my brain just sort of trailed off, as it does so very very often...

The Best of 1958? Alphabetically, Auntie Mame, because it preserves Rosalind Russell’s great performance. She should have been given the Oscar for this.
Bell, Book and Candle. A delightful film, based on a play by a gay writer. Kim Novak and James Stewart have great chemistry, which also shows in Vertigo.
Otto Preminger cast an inexperienced Jean Seberg as St. Joan, he cast her with Niven and Kerr in Bonjour Tristesse, which is really quite a good movie.
Cat on a Hot Tin Roof. Paul Newman and Elizabeth Taylor. What’s not to like?
Damn Yankees. Tremendous, delightful movie musical. It preserves the performances of Gwen Verdon, Ray Walston and Bob Fosse.
The Defiant Ones starring Sidney Poitier and Tony Curtis. Marvelous acting.
Horror of Dracula, the Peter Cushing/Christopher Lee version. One of the most faithful versions ever made.
Elevator to the Gallows, Louis Malle was having an affair with Jeanne Moreau at the time. It’s a tremendous, exciting thriller.
Gigi, one of the greatest movie musicals ever made. Shot in Paris and beautiful. Lerner and Loewe’s glorious score and that cast: Maurice Chevalier, Louis Jourdan, Leslie Caron, Hermione Gingold and Isabel Jeans with Eva Gabor. Brilliant.
The Goddess, based on the life of Marilyn Monroe, Kim Stanley is absolutely brilliant in this powerful movie. Patty Duke appears as the child version of the leading character.
Houseboat. Cary Grant and Sophia Loren had an affair making this, but she wouldn’t leave Carlo Ponti for him. The chemistry is great, though.
I Accuse! The story of the Dreyfus case, brilliantly done by Jose Ferrer.
I Want to Live! Susan Hayward won the Oscar for this, but frankly, she’s much better in I’ll Cry Tomorrow.
Indiscreet. Cary Grant could do anything and here he’s paired with Ingrid Bergman in the film version of the play, Kind Sir.
The Last Hurrah, a political film with Spencer Tracy, his pal, Pat O’Brien, Jeffrey Hunter and Basil Rathbone doing the acting honors.
The Long, Hot Summer. Based on Faulkner’s novel The Hamlet, starring Paul Newman, Orson Welles and Joanne Woodward and Lee Remick as very sexy sisters.
The Lovers, Louis Malle’s drama of a love affair, based on his with Jeanne Moreau. Costarring Alain Cuny.
Marjorie Morningstar. A fun, trashy movie with Natalie Wood as the title character.
The Matchmaker. Based on gay playwright Thornton Wilder’s play, it stars Shirley Booth, Paul Ford, Anthony Perkins, Shirley MacLaine and recreating his Broadway performance, Robert Morse.
A Night to Remember. Still the best film about the sinking of the Titanic ever made.
The Reluctant Debutante, Rex Harrison divorced Lili Palmer to marry Kay Kendall, who was dying of cancer. This is the film they made. It’s lovely.
Separate Tables. Based on gay playwright Terrance Rattigan’s play, this, too, is all about the acting: David Niven, Burt Lancaster, Rita Hayworth and Wendy Hiller star in this brilliantly acted film.
The 7th Voyage of Sinbad. One name: Ray Harryhausen
Some Came Running. Shirley MacLaine deserved an Oscar for this performance. Superior cast includes Frank Sinatra, Dean Martin and Martha Hyer.
South Pacific is not an especially good film, but it does preserve the performances of Ray Walston and Juanita Hall. Lots of good looking, shirtless men, too. Not to mention Rodgers and Hammerstein’s great score.
Stage Struck is a curio. It’s a remake of Morning Glory, for which Katharine Hepburn won her first Oscar. Susan Strasberg, daughter of Lee Strasberg of the Actor’s Studio is no Hepburn. Henry Fonda is wasted in this.
St. Louis Blues stars Nat King Cole as W.C. Handy. Eartha Kitt and Cab Calloway are also in this biopic with terrific music.
tom thumb is a treat. It stars Russ Tamblyn and Terry-Thomas. One of the last of the second tier MGM Musicals.
Too Much, Too Soon features Dorothy Malone’s performance as the tragic Diana Barrymore and Errol Flynn as his buddy, John Barrymore. It’s solid trash with Dorothy Malone giving a fantastic performance!
Vertigo. Hitchcock’s Masterpiece.

VERTIGO!!!!! I just taught it last week. The kids always love it.

The Gloria Upson scenes in Auntie Mame bring me absolute joy. She’s simply ghastly. YouTube has the “top drawer” and “I stepped on the ping pong ball” scenes for definitive proof of a required 1958 movie list.