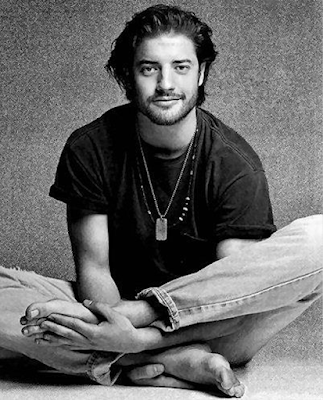 Did y'all see yesterday's news of Darren Aronofsky's next film? His first project since mother! broke our brains in 2017 will be The Whale, an adaptation of a play by Samuel D. Hunter that's about a 600-pound gay recluse who tries to reconnect with his daughter. And yes that sentence is a lot, I will give you a moment to take it in. The play was apparently well critically received. Anyway my immediate first thought was, "Oh god Christian Bale is gonna gain all that weight isn't he," but it turns out that Aronofsky had another actor in mind, and he's already been cast, and yes the above photo spoils all of this build-up -- Brendan Fraser, former Mummy hunter and Encino Man will play the role. Although Fraser never stopped working this project obviously marks a step-up in the notable department since his heyday -- mother! might've been, you know, confusing to audiences or whatever (although I will defend it to my grave) but Darren Aronofsky is still Darren Aronofsky, so prestige, no matter how bonkers, is expected. Anyway I don't know what to expect of this project but we've missed Brendan and I hope this risk pays off. We'll see! Until then... 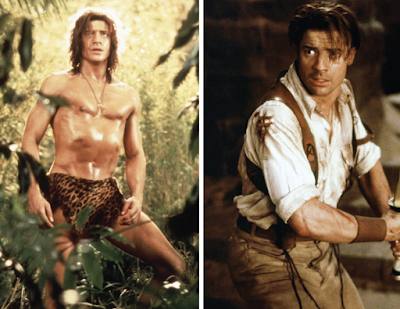 Mummy Fraser is the be all/end all hot guy from the 90s. But now I'm feeling like Ian McKellan in Gods & Monsters lusting after him. 25 years later.

Gods and Monsters, no question.

I saw the play in Chicago and while it's disturbing, it's also very much a play - no change of scenery, etc. It'll be interesting to see how Aranofsky makes it cinema.

Around the time Fraser did George, he appeared in a magazine (Premiere?) in a series of semi-nude photos portraying various Greek Gods. The layout was gorgeous and he looks fantastic.

I loved that movie MOTHER! It is so full of layers. I bought it on Bluray as soon as it came out. I think because the general public prefers not to have to think, when it comes to entertainment, they didn't get it and didn't want to try. Add in the spiritual element to it and that blows the majority out of the window. But I LOVE that. I enjoy the challenge to go deep into a story. I often find it insulting when everything is explained or so very obvious that it may as well be on the children's channel.