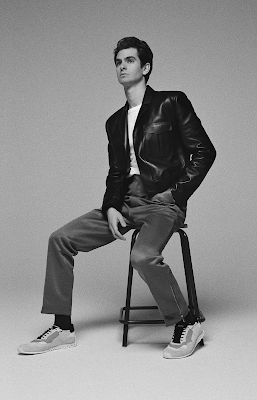 This has been a rumor floating about for a few months but it seems this week we've gotten confirmation that the next Spider-man movie from Marvel is going to be a Spider-verse movie that will bring in both of the previous Spider-man actors -- that'd be Tobey Maguire and our boy Andrew Garfield seen above -- to swing alongside the Spider-twink himself Tom Holland. My reaction to this news yesterday was...

WHAT A TIME TO BE ALIVE pic.twitter.com/QDGJg5zGkw

... predictable. But this is some nerd heaven, and since I have continually loved the Spider-man movies since the Raimi days this is my kind of nerd heaven. A Spider-bum Heaven! Besides having all of the Spider-twinks and Spider-twunks twerking in one place a couple other names have been officialized, those being Kristen Dunst back as Tobey's and the world's best Mary Jane...

... and yes, she will get them tigers, and also the franchise's greatest villain (all apologies to Jake Gyllenhaal as Mysterio who gave a properly valiant effort) Alfred Molina as Doc Ock, from Raimi's second film. This inspired a much more respectable tweet from yours truly shortly before the more lecherous one...

Experiencing Spider-Man 2's subway fight in a New York City movie theater three years after 9/11 was... well I'm crying right now remembering it? It was the probably the best, most moving emotional catharsis that an action movie has ever gifted me pic.twitter.com/DdBfN3KSLS

Yes, that Spidey 2 subway scene- never thought an superhero movie would make an audience weep, but there it was.