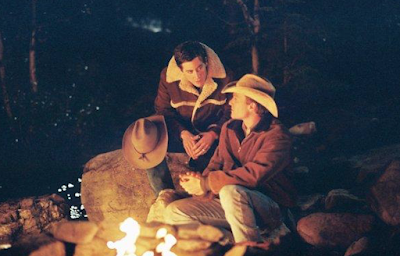 Fifteen years ago today Ang Lee's masterpiece Brokeback Mountain had its limited opening here in New York -- you know for awards and such, which is a subject we dare not tread towards lest we go on a rampage. That aside this movie still means more to me than I could ever express, no matter how many years they give me to crow about it. Before Call Me By Your Name came around Brokeback was the movie I'd written the most on -- here is my original review at this link, which isn't the greatest; I've gotten better at this reviewing thing in the past 15 years I think. But it's passionate. As the film opened the same year I started this here website my writing about that film still made me a lot of the online friends I still have til this day, and for that I'll forever be grateful. Not just friends, but readers -- people started really coming around here because of how passionate I was, y'all were, about this movie. And for that, outside of how perfect a movie it is, I am thankful. 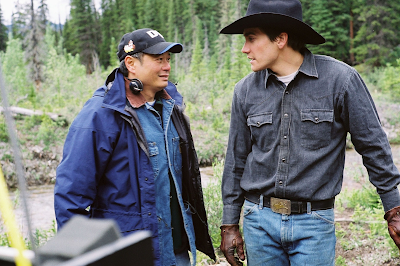 But perfect it is and perfect it remains -- I really considered re-watching Brokeback this week for its anniversary but the last time I watched the film, when Film Society here in New York screened it on my favorite screen in the city, was so overwhelming to me -- it destroyed me emotionally once again -- I just couldn't muster the emotional wherewithal for it right now. 2020's been a lot of year! I am not strong, emotionally speaking -- I think y'all understand. I just don't have a Brokeback re-watch in me right this moment. But, just judging off of that last watch, the film has kept all of the power it had 15 years back, which makes me happy -- I worried its humble take on the closet of yore might feel dated, but the movie is so small and earnest and well-acted and beautifully shot and movingly scored that it remains a goddamned powerhouse. We'll always have Brokeback. 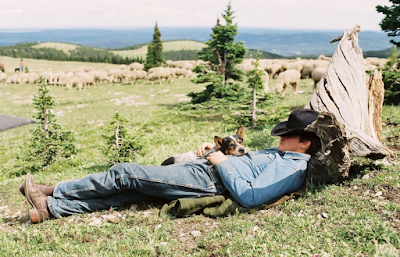 I remember seeing it because I wanted to support it as I was convinced it would bomb at the box office. Most of the audience was over 50. I expected a bunch of 20ish gay guys making snoty comments. Nobody walked out either

For whatever/no reason, that opening shot of the truck moving across the Wyoming landscape ... and the music tones sneak in ... hits me in the stomach. Every time.

I had read the pieces as they were published, the first by happenstance and the rest intentionally. When all of the buzz started about the movie, I was a little put off. Then things happened in my own world which kept me from wanting to see it. Then much more hullabaloo around the movie and its cinematography and powerful performances... It was years after its release that I first re-read the story in its entirety and then took the plunge to watch it. Brokeback Mountain remains one of the very few pieces I feel was possibly better as a movie than was the source material. It is also one of only three that want to re-watch but probably never will - because I want to remember them how I remember them. ~R.

I'm from Montana -- eastern Montana, originally, which looks quite a lot like Wyoming - and I was trapped in grad school hell in Southern Illinois and feeling ridiculously homesick when BROKEBACK came out. I'd read the short story in a creative writing class in undergrad and loved it. Both my father and my late brother are cowboys -- most of the men from where I grew up are cowboys -- and the movie was pretty gut-punch-y for me and increased my homesickness. So naturally I bought a BROKEBACK poster and hung it on my wall immediately. (Now that I think about it, the fact that there was a BROKEBACK movie poster to buy at all in Carbondale, Illinois, strikes me as miraculous.)

The film was very faithful to the source in every aspect. Lee was so at the top of his game in this period. What happened to him?