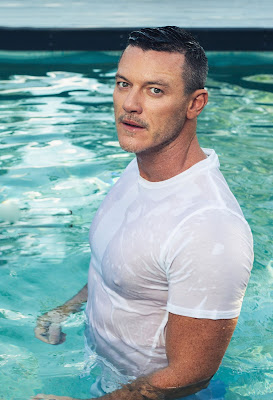 “It was the last thing I had, because everything else I’ve given to the world. My career was public, I was photographed, and all that stuff. My personal life just became the last thing that I had. Also, what was strange was that when people did find out that I was gay, there was a lot of articles and stuff written saying that I was hiding it, and I wasn’t... I just wanted to get online and I wanted to pick up the phone and say, ‘Do you realise I left home at 16 because I was gay?’ I went into the world as a kid, because I had to. I am proud and happy, and I’ve lived a very big life that I’m super happy with. And I’ve never been ashamed. And now all of a sudden I was being treated in this way and it was a scary moment because I was, like, oh God, this is horrible. This is not true. None of this is true."

That would be noted actor Luke Evans, in the new issue of Attitude magazine, which has crowned him "Man of the Year" for 2020. And... listen. Since Luke Evans gave his interview in 2017 where he talked about gay stuff for the first time since the start of his career I've changed my tone towards him, which was often, admittedly, aggressive. I don't remember when I started calling him "Noted Homosexual Luke Evans" but it wasn't long after he (or his people) tried to push a faux-mance with a female publicist in 2011, long after he'd originally talked about being a homo when he was on the stage on the UK early in his career. 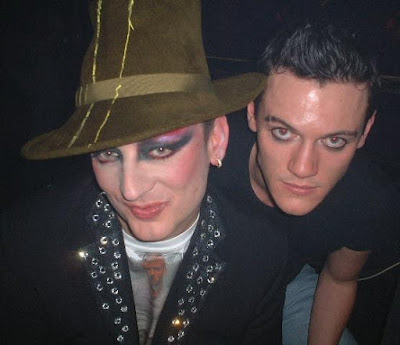 He, or again possibly just his people, were definitely trying to cram him into the closet for awhile, around the time of the movie Immortals I guess, and it was the single most obnoxious case of it I'd ever seen, and it had to be Noted. We had the receipts! I have no desire to hassle him anymore, I am happy he's out and doing his thing, happy to have him. Even if he hadn't come out, if he'd stayed private the whole time, I'd have left him alone. I don't try to out people -- he had already outed himself! I just felt the need to remind the world of that. You can't just keep changing the well-documented recent past, Luke. We've just been through this with our President -- we shouldn't have to deal with it from our beefcake as well. God forbid. 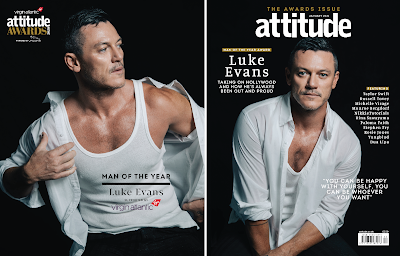