Jon Bernthal Lines Up The Bottoms 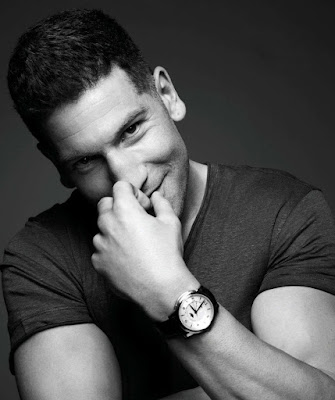 There are a couple of actors who've slid off of my reserve mood-board and straight onto the official canvas of my dreams this past couple of years and Jon Bernthal, in case you hadn't noticed, has definitely been one of them. I hate hate hated his performance on The Walking Dead -- nobody should let him anywhere near a southern accent ever again -- but he's proven himself a capable screen-presence enough over the past couple of years, and then he got The Haircut, which, well... I have talked about The Haircut before. It's a demarcation line. And he was real good on Daredevil and The Punisher (having hot homoerotic chemistry with both Charlie Cox and Ben Barnes) and then he was the only thing worth looking at in Ford V Ferrari (god what a dreary movie that was)... yadda yadda cut to yesterday and I am now digging up terrible comedies he made over a decade ago where he flashed his bum for gifs. We come a long way, Baby Bernthal! 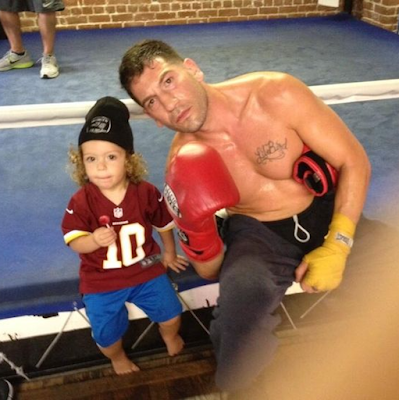 Aaaaanyway all of that is my long-ass introduction to today's news, that Mr. Bernthal is creating an Amazon series for himself called -- ahem -- The Bottoms. He's creating, starring, co-writing the thing, which THR calls a long-gestating "passion project," and here is how they describe it and I quote:

"The Bottoms will follow the interconnected systems of family structures, friends and neighbors, law enforcement, and criminality all intersecting in Shreveport, Louisiana in the early '90s. Set in a particularly wild corner of the Deep South, the show will examine the inflection points, the blurred lines, and the human cost on all sides. Details on which role Bernthal will portray were not immediately available. "

Now, ya see, we have already run into a problem here, Jon. You're setting your series, that you will star in, in the "Deep South"??? Please tell me that your character will be a Northerner, with a Northerner's accent, who comes down to the Deep South to visit and gets embroiled in the local Southern-accented criminality, all while maintaining a proper and respectful elocutionary distance. Please! We've been through so much together. I don't know if I can make it through any more Hee-Hawing shenanigans. (Also I really hope this doesn't effect the American Gigolo series he's been attached to.)

In related news I made this gif pic.twitter.com/DCvt7eoe5W

You might enjoy Bernthal (don't blink or you'll miss him) in Peanut Butter Falcon. Although he plays a southern boy, we never hear his voice, he's only shown as Shia LeBeoufs brother in brief flashbacks. Despite no dialogue you feel their connection and that is important as the story plays out.