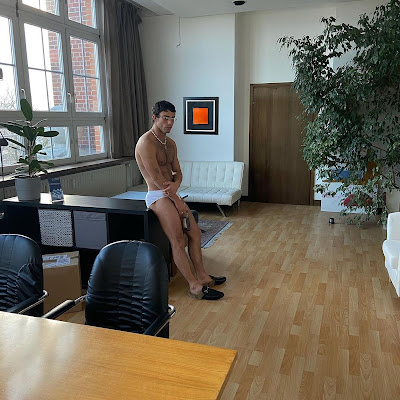 I do not blame if you if you have no idea who you're looking at in that photo -- for one he is a mile away, and for another it's not a super well-known actor. I just liked the atmosphere of the setting, which renders his out-of-place near-nakedness more exciting than it would be if he was standing in say a bedroom -- he's wearing tighty-whities in the middle of somebody's office! It's inappropriate, and therefore hotter. You get it. Anyway let's zoom in... 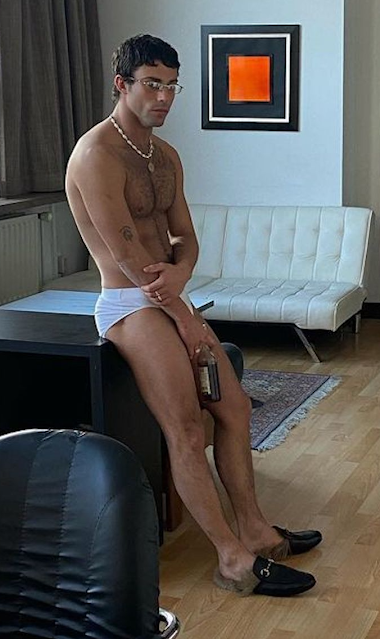 Do you recognize him? It's the German actor Aaron Altaras, who co-starred in the Netflix series Unorthodox (he was the cute guy that the lead woman crushed on in Berlin once she escaped from her Orthodox prison) -- more importantly to you and definitely to me though he was one-half of the gay soccer movie Mario, which is what inspired me to do a big gratuitous post on him back in 2018. One of my faves! His Instagram is worth a follow, as today's post makes obvious. Hope I see Aaron in more things... like perhaps my office... 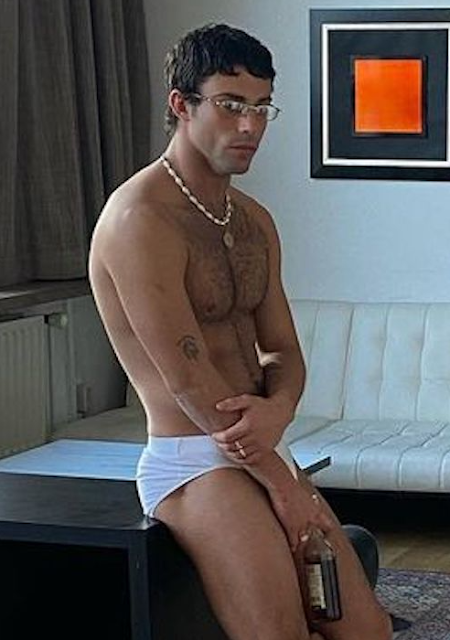