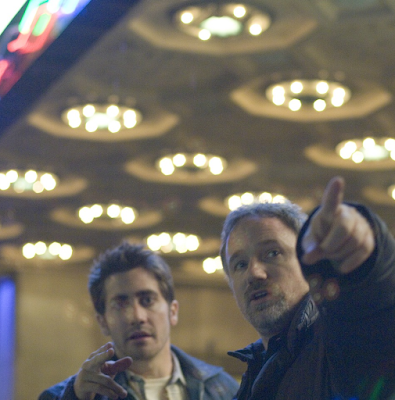 I'm not going to be taking a side in this because we're all adults -- well I hope we're all adults; all of the five-year-olds reading MNPP, cover your eyes! -- and adults don't have to take sides in other people's bullshit that doesn't concern them. But in a new interview with the New York Times director David Fincher (whose film Mank! is out this month) talked a little about the long-known and well-documented friction he and his Zodiac star Jake Gyllenhaal went through in the making of that fine motion picture back in 2007:

"Jake was in the unenviable position of being very young and having a lot of people vie for his attention, while working for someone who does not allow you to take a day off. I believe you have to have everything out of your peripheral vision….I don’t think he’d ever been asked to concentrate on minutiae, and I think he was very distracted. He had a lot of people whispering that Jarhead was going to be this massive movie and put him in this other league, and every weekend he was being pulled to go to the Santa Barbara film festival and the Palm Springs film festival and the fucking Catalina film festival. And when he’d show up for work, he was very scattered.
I don’t want to make excuses for my behavior. There are definitely times when I can be confrontational if I see someone slacking. People go through rough patches all the time. I do. So I try to be compassionate about it. But. It’s: Four. Hundred. Thousand. Dollars. A day. And we might not get a chance to come back and do it again”

That all seems perfectly reasonable to me. And the end product is so good -- one of Jake's very best performances to date -- that I honestly could give a shit. I mean it was right around that time, post-Zodiac, that Jake started making decisions like, "Hey I'm gonna make a Prince of Persia movie!" so his getting maybe not the best advice and attention from those around him doesn't seem like a totally insane suggestion. 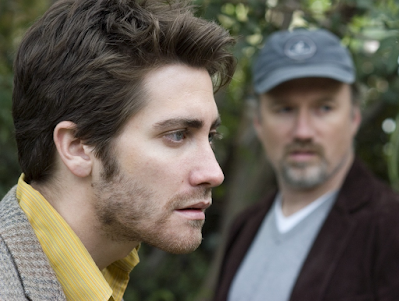 Fincher seems like an asshole and a terrible director. All the behind-the-scenes stories sound like such a nightmare. His movies are fine.. some stronger than others but it just doesn’t seem worth it to me.