Per usual there are a whole bunch of terrific documentaries screening as part of NewFest this year and I'm going to give you some quick thoughts on three of them. Right now! Here goes! 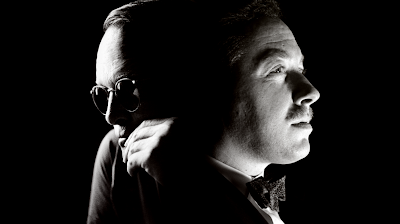 Truman and Tennessee: An Intimate Conversation -- What I found the most interesting about this well-crafted documentary (which is, as the title says, about the writers Truman Capote and Tennessee Williams) is its focus on two Southern gay men who were doing the same thing at the same time and how they nevertheless managed to be totally different people. That might sound an obvious revelation on its surface -- different people are different, stop the presses! -- but as a gay man I can tell you that we're still so used to getting such narrow representation that seeing this feature-length dissection of how these similar ideas of people compare and contrast feels, in its very conception, revelatory.

The film intertwines the two writer's life-stories, swapping back and forth chronologically and watching the ways they lived and worked and moved through the world both independently and up against one another. They knew each other, were friends and creative antagonists fueled by jealousy -- they inspired each other in intangible ways of how they would and wouldn't be, what their work would show and wouldn't. It's fascinating, especially when you consider how much of the world these two shaped with their work. Melodrama and True Crime, how City and Country Life have been molded clay-like in the American Imagination -- these two men had an awful lot to do with that! To see the way their own impulses were born, formed, and reformed across the span of their tangled up existences was a rare and immediate fascination. 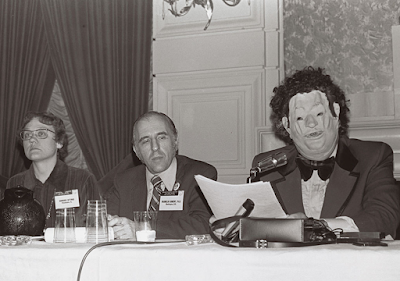 Cured -- It's rather mind-blowing, to put it mildly, when you think of how far Gay Rights have come in a few short (or is that long?) decades, and even moreso when you realize that a lot of our heroes, the people who changed our world, are still here walking this earth. But that time is starting to fade, as figures like Frank Kameny get older and pass away, and so documents like Cured here, which investigates the decade or so of process it took to change the psychological definition of "homosexual" from a mental illness to not a mental illness, prove themselves invaluable, historically-speaking.

Cured manages to talk to most of the figures involved and draws from a wealth of documentation, and somehow crafts a riveting talking-heads-based thriller out of an outcome we already know beforehand. My jaw still hangs in awe when I see footage of the Mattachine Society's first marches, and seeing how those small (or is that enormous?) steps for humankind pushed hard the dominoes to where I stand today, in their shoes, well one wishes and dreams of being able to summon an iota of their bravery and determination. The fight goes on. 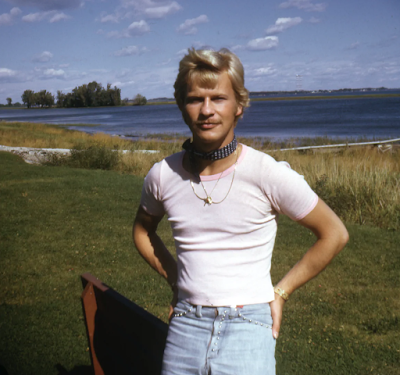 Killing Patient Zero -- Everybody now knows what a "patient zero" is. It's a concept that's far surpassed its origin in the AIDS epidemic, an idea that entire horror genres are based upon. It's good fiction, great fiction, but fiction is where it belongs, and the moving and often infuriating doc Killing Patient Zero takes us back to the insemination of the idea in the 1980s, as AIDS ravaged the gay community and the world went looking for a scapegoat. And they found one with Gaëtan Dugas, an openly gay airline steward who became a scary bug-dispensing specter in Randy Shilts' 1987 book And the Band Played On, making a monster for the modern age shaped like an effeminate, promiscuous man -- all the devils that the gay community and the straight communities could gang up together with in hating.

This doc takes precise and deliberate pains to peel off the layers of blood metaphor that've gummed up the idea of Gaëtan all these years, made him more than he ever could possibly have been, and turns him back into a man, a human being, an individual that we lost out of so so many that it still astonishes in the worst of ways. In the process the doc shreds the very idea of a "patient zero" down to nothing, down to the conceptual gibberish it always was -- there is no scapegoat except for human foibles, political cruelty, and science just beyond our understanding. Gaëtan was only a man, one of too many men and women we lost from a nightmare plague, and we should weep for every single one of them. Then and now -- it's impossible not to watch an AIDS doc in 2020 and not see the parallels of societal stupidity making a mess of a simple equation today. Save every life you can and be just decent to one another, everybody.

All three of these are available to rent via Newfest's website right now, through next Tuesday. Go check them out, and while you're at it rent like everything else -- there's so much good shit to watch over there I can't even keep up.