The Wait of Water 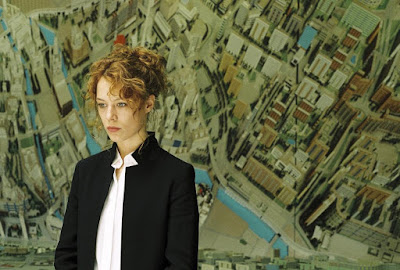 When I was little I was obsessed with maps. It seemed a way to travel for a poor boy with little prospects to such -- the furthest I got in reality until I was of age was the Santa's Workshop at the North Pole theme park outside of Lake Placid, just a few hours from the place I was born. A thrill, sure, but hardly Club Med. So I'd scour maps, studying the world in flat lines and primary colors. Eventually I began drawing my own maps, fantasy versions of fantasy places; god's eye views of imagination-lands. They compressed impossibility to the reach of my fingertips -- the world became manageable, less stark.

In Christian Petzold's Undine, which just played the New York Film Festival this past weekend, Paula Beer plays the title character, named after the mythological fish-woman of legend but portrayed here for the most part as a historical tour lecturer at the Berlin City Museum, where she lords over several maps of her own -- immense scaled recreations of Berlin through the centuries. Early on we watch as Undine gives her entire lecture to a group of tourists, pointing out buildings and architectural idiosyncrasies, until the camera swoops down and this miniature unreality meshes with reality, and we see our existence is only a matter of scale and perspective. 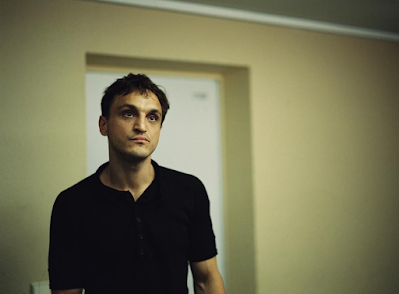 Have you ever zoomed in on Google Maps from an outer space view of the entire blue-green globe down to the exact spot where you're sitting looking at your screen? It's that effect, rendered mythic -- the basic-ness of how we live now turned into imagination and myth. It's the perfect encapsulation of what Petzold is up to with his take on the hundreds-of-years-old tale of a fish-woman who emerges from the sea to find love, or else -- he's stepping back, up, out of this world, and looking down on a story that makes us tick, rearranging its why.

When the film starts, before she's even given her first lecture, we meet Undine as the fateful moment of her particular myth is being doled out -- the man whom Undine has devoted her land-life to must betray her, a slight she must return with swift vengeance of the killing sort. Only problem is Johannes (Jacob Matschenz) breaks her heart at an outdoor cafe across the street from her work-place when she's late for her work talk, so she's forced to put a pin in the whole vengeance thing -- modern living makes multi-taskers out of even the mythic beasts. 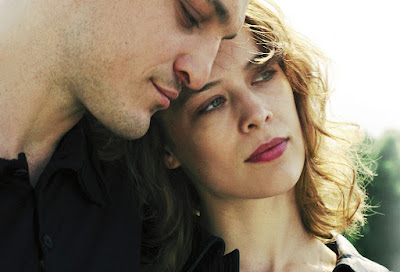 But before she can drag that bastard Johannes into the sea as he has coming, a rom-com meet-cute intervenes -- in steps Christoph (Franz Rogowski), and if you've seen Petzold's film Transit then you know there's nothing Petzold's camera likes more than watching Rogowski & Beer be beautiful together. Before you know it a fish-tank's exploding and the two are trapped inside their own underwater spell, mythic requirements be damned -- maybe Undine wants a little something for herself for once? Hasn't she earned the right after all these years of other crap?

And so Undine the film unfolds as a parallel love story to the story we all know, where the cycle of history and determined fate is risen over, stepped outside of at least long enough for a beautiful deep breath or two. Tragedy's only inevitable if refuse to learn from your past, and Undine wants to unlearn through love. The flatness of the film's historical lectures might seem a strange bedfellow with full-on giant catfish magic, but that's no weirder than the spectacle practical-living with romance that we've been trying to make live under the same roof for years. Undine wrestles its slippery concepts, forever myth and a wine-stain splashed upon a wall, into one place at one time -- land and water, heart and always. Two legs both in and out of the sand. 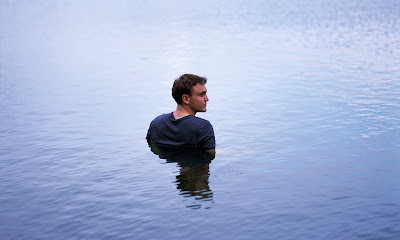