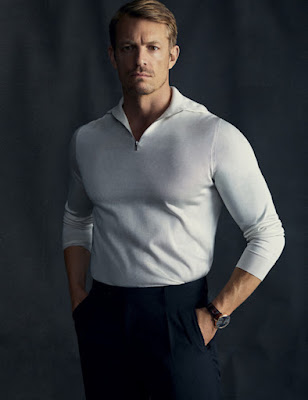 I don't know if you guys have looked around lately, but the world's kinda garbage. Maybe you've been playing your videos games and haven't looked out the window for a bit -- in which case I envy you, I deeply truly envy you, and I apologize for being the one to tell you but... psst... 2020 has kinda bit. Everywhere one looks something is on fire or if it's not on fire it should be on fire. And so, in such a time, we go looking for things to distract us and to make us feel better and... well today's big Joel Kinnaman news might just be the best big news we'll have... well at least until Joe Biden wins the election next week. Variety is reporting (thx Mac) that Joel is going to play the football player Jerry Smith. Smith was the tight-end (heh) for the Redskins from 1965 through 1977, and yes I was already sold on "Joel Kinnaman playing a football player" alone. But wait! That is not the entire story! And I am not just talking about the mustache he grew in that time period! Because Jerry Smith was also, drumroll please, a closeted homosexual! Joel Kinnaman is playing a gay football player! Rejoice, one and all!

"Jerry Smith was a star on the field, but was never able to find fulfillment in his personal life,” Kinnaman said. “He had Brig to help him through his struggle, but to this day so many young people don’t have anyone to turn to when wrestling with homosexuality — especially in the sports world. That’s one of the reasons this story needs to be told. It’s as relevant today as it was 40 years ago.”

The "Brig" that Joel mentions in the above quote is Brig Owens, a black teammate who was Smith's best friend and who will be the other focus of the as-yet-untitled film... 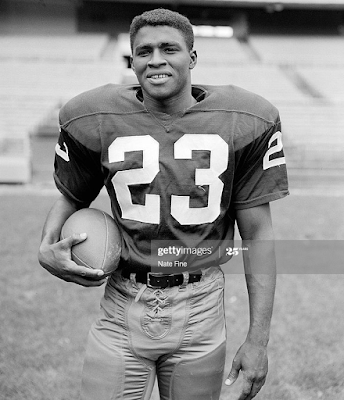 ... their friendship through the Civil Rights years, basically. Owens is still alive and he is quoted as well in that Variety article -- that said he hasn't been cast yet, as far as I can tell. Maybe y'all have suggestions based on the above photo? My main thought is of Black Panther / Us star Winston Duke... 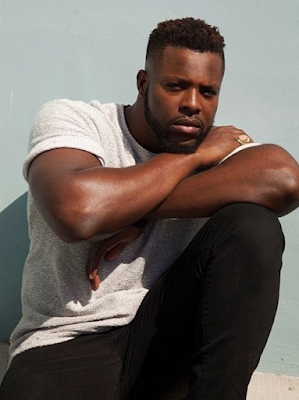 ... but I might just be voting based on "who I want to see wearing a jockstrap and showering with Joel Kinnaman the most" so maybe don't listen to me. Or maybe do! That's probably your interest too if you're already here on MNPP reading all of this blather! Anyway we will obviously be paying attention to whatever news spills on this project, don't you worry. Until then here are a pair of new photos of Joel Kinnaman on the set of the Suicide Squad sequel that will whet our collective appetites for All Things Kinnaman... 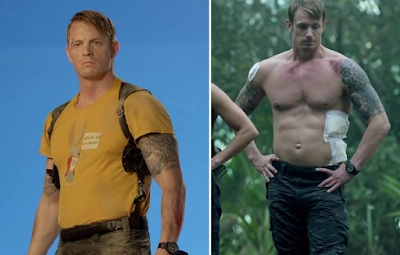 Your writing is so light, fun and informative. I never tire of it. Definitely makes 2020 more bearable.

Kinnaman is a good choice to play Smith. Sadly is will be “another gay man dies of AIDS” movie.

I wonder if Dave Kopay will be a character in the film. He was a contemporary football player and briefly a lover of Smith. Kopay came out in 1975.