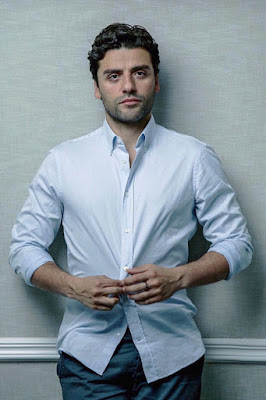 With today's big news that he's playing the Moon Knight for Marvel Oscar Isaac is primed to become one of the few actors who'll have played roles in more nerd universes than I have fingers on my good hand -- Marvel! Star Wars! Dune! X-Men! The Addams Family! The Coens! Hell add on Ex Machina and Robin Hood and Sucker Punch and you've got an entire Comic-Con's worth of people dressed as just him in movies. I don't know about you but I personally would love to go to a Comic-Con dressed as Llewyn Davis. 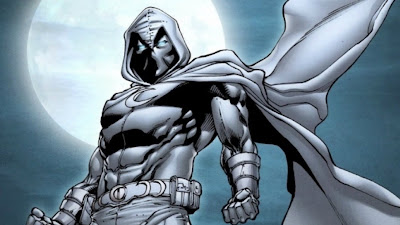 Anyway you can read more about the character here but the Moon Knight is basically Marvel's Batman (which is funny cuz there were those Oscar-playing-Batman rumors a couple of years ago) -- he's a rich playboy who uses his bucks to be a super-player, except he's actually got super-powers, bestowed upon him by the Egyptian moon god Khonshu. You know, that Egyptian moon god. Anyway I'm sure Oscar demanded in his contract a less intrusive make-up and costume ordeal than he had to deal with on X-Men since he's been vociferous about what a nightmare Apocalypse was for him... 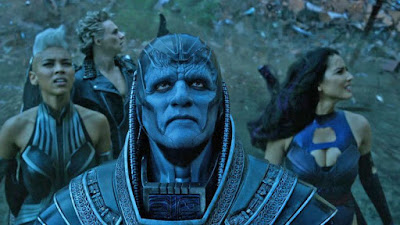 Aww poor sad Apocalypse. Anyway the head-writer on Netflix's The Umbrella Academy is developing this property for Oscar and Marvel -- no director's attached yet. I imagine we've got awhile before we see this, so like with everything I say don't hold your breath. We might be dead before December for fuck's sake. Now I know how Apocalypse feels. Sigh. Well at least we can think about the Chunky Bum in spandex until the world blows up...

Here I made a real quick MOON KNIGHT prototype poster -- you get the idea, Real Artists, run with this #MoonKnight pic.twitter.com/egNEJaROYd

Noooooooo. Waste of his time. He’s too good for this crap. Doesn’t he have enough money from Star Wars ?

Perhaps the big difference is that this time, he's playing the main character, a character to whom the writing has to do at least some justice for the show to work at all. Moon Knight isn't some originally-intended walk-on that Isaac has to talk the writers out of killing off immediately. There may actually be a plan in place for this character. (Whether Disney can execute such a plan is a completely different question.)