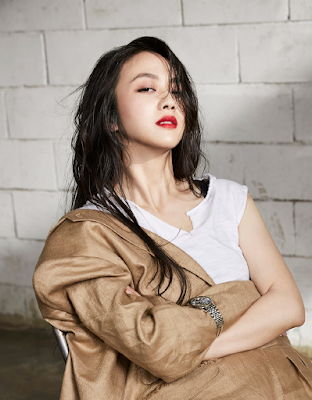 As mentioned a few times recently I've been on a real "re-watch all of the Park Chan-wook movies" kick lately, and so it's nice that the Universe has replied in kind with news of a New Park-chan Wook Movie, at last! He's just announced he will begin filming a murder-drama (what else) called Decision To Leave (although IMDb has the title as The Decision to Break Up, which I actually prefer?) next month in South Korea, and even more excitingly it will star Tang Wei, who you should know from Ang Lee's Lust, Caution, in which she gave a phenomenal performance for the ages. 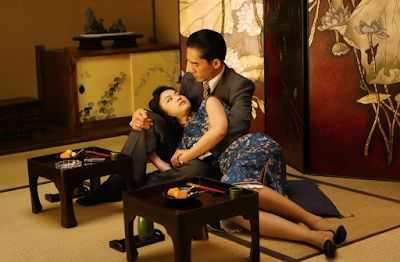 She's worked here and there in the 13 years since that movie -- she was in Michael Mann's Blackhat (never saw it) and she was in Bi Gan's hypnotic half-3D flick Long Day's Journey Into Night in 2018, amongst other stuff, but nothing that I've seen of her has tapped in like that amazing turn right at the start of her career. Let's hope PCW is giving her another great role! He hasn't steered an actress wrong so far that I've seen. The film will also star Park Hae-il (who's worked a lot with that other South Korean directing dynamo Bong Joon-ho), and here's the very Noir-sounding plot:

"The story involves a diligent and serious detective (Park Hye-il) who is investigating a possible murder case in the mountainous countryside. He begins to suspect the man’s widow (Tang), whom he also develops romantic feelings for."

Have you seen Late Autumn (2010) with Hyun Bin (directed by Kim Tae-yong, who became her husband)? That was a very good movie that got her into the Korean market.

I have not -- thank you for the rec! I will seek it out, I'd love to see her shine some more