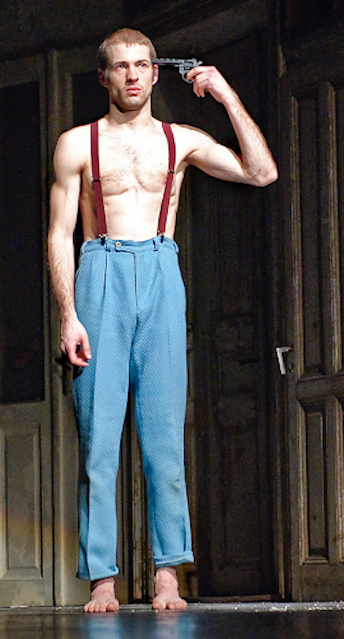 I was trying to figure out a fresh way to introduce you to Cristi Puiu's new film called Malmkrog, which is now screening as part of NYFF and which I reviewed last night over at The Film Experience, but my options are limited because there just aren't that many photos from the movie released online yet. It's too early. Then I remembered that one of the actors in the movie, István Téglás out of Romania, was pretty cute in that particular Eastern European way, and before I knew it I'd discovered these two years-spanning photos of him performing on the stage over yonder, and my post was complete. Voila! István was also seen in last year's NYFF film The Whistlers, if he looks familiar to you. 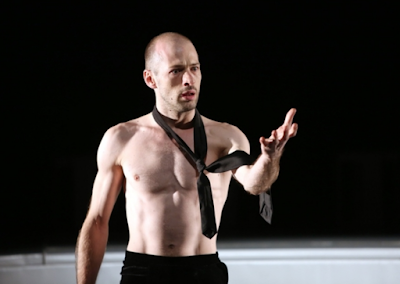 He has a nice body and stage presence