The Knick II: The Knickening 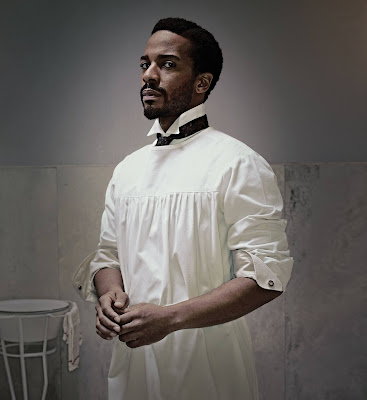 In a new interview The Knick creator and filmmaker of some renown Steven Soderbergh says that a third season of our beloved Cinemax series The Knick is in the works, and that it is set to focus on André Holland's character... and that Moonlight director Barry Jenkins is behind it. We say yes to all of that! When the show ended its second season I recall Soderbergh saying at the time that he'd be open to somebody else continuing the show, but that he personally was done telling his story -- I guess this is what he was talking about! Soderbergh says he just read the pilot script and it is "terrific" -- oh and he adds that he personally is working on a sequel to his movie High Flying Bird, which also starred André. Anyway all of this sounds excellent; I really just have one specific request when it comes to more of The Knick...

We demand more Bertie
Please and thank you #TheKnick pic.twitter.com/BiFJ1y8Jij

this has just given me all my high hopes back of other shows returning. Whose the Barry Jenkins to Andre holland equivalent for Ben Whishaw because I want another season of The Hour or even London Spy. I know Brit Marling is no friend of yours but I'm still unconvinced that the Oa is done especially considering the final twist. I'm not seeing nearly enough of Emory Cohen's puppy dog eyes and thick thighs.