As foreseen by the desert-swept oracles of PR releases, and after some sort of lengthy Twitter chat introduction (of which I didn't watch a wink), the trailer for Dune was finally dropped this afternoon, and I've got it for you deep down below. If you haven't already watched it before coming here that is which, uhh, I doubt. So what do I, me personally, have to offer to the Dune conversation? Is it only butthole jokes? I think it's only butthole jokes.

I have seen some buttholes in my days and that, my friends, is a butthole

In all seriousness I don't know how David Lynch managed to not make me think of buttholes with his sandworm design but I admit I never once did -- this time around, notsomuch. It's fine! We all have buttholes, and they have more than earned their representation in our art and in this world.

You probably won't believe me when I say this but I promise you -- I have never said the word "butthole" more times in such a short span of time then I just did. Really! Moving on (or are we)...

Oh and how I'd love to hear your thoughts in the comments if you feel like sharing them. Dune is out in theaters on December 18th. And I grabbed a few more images and I made a couple more gifs just cuz and they're after the jump... 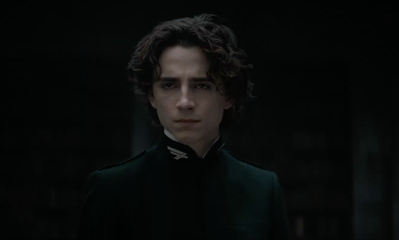