A Cockpit Built For Two 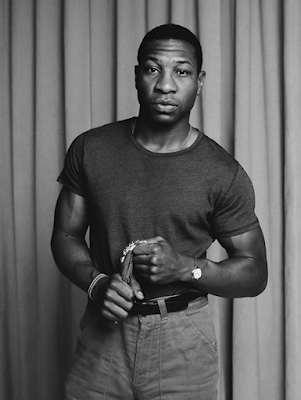 This news was tailor built to my attention and yet it's taken me five full days to get around to it -- if Jonathan Majors wants to come slap me around for my ineptitude I welcome it, really I do. (Really, I do.) I suppose if he'd have gotten naked on this week's episode of Lovecraft Country (like he has on every other one) I might have gotten to it sooner? Ball's in your court, Jonathan! Anyway Variety reported five full days ago (thx Mac) that Majors has signed on to make a new movie called Devotion, a Cold-War-era Navy fighter pilots movie, in which his co-star will be... 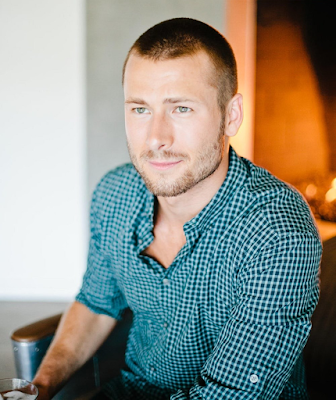 ... Glen Powell! Yes that Glen Powell! I know there's only one Glen Powell, whatever, he's that one. (Sidenote: we actually already knew that Powell was making this movie -- the Majors news is the new news.) Anyway the two actors will be playing best buds and co-pilots whose friendship is tested when one's shot down behind enemy lines. Seeing as how Powell's got the Top Gun sequel coming out at some point I guess he really digs being in the cockpit and fraternizing with his wingmen, all of which sounds good to us. 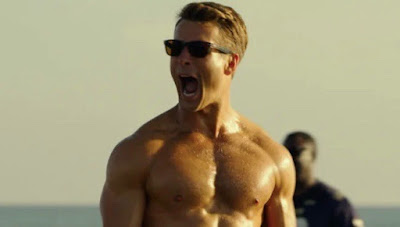 Another point of interest -- the movie's being directed by J.D. Dillard, who made the terrific (or so I personally thought) horror flick Sweetheart last year. And it's based on a non-fiction book by Adam Makos from 2015 about a true story -- I would ask if any of y'all have read it but I feel like there's a real small overlap between people who come to MNPP and people who read non-fiction military books. But I could be wrong! We all got our kinks...
Who? Jason Adams When? 5:05 PM

Jonathan Majors is way too hot. I can’t handle it lol

That scene in 'Sweetheart' when she sees the monster for the first time in the water literally gave me chills.

A true fly boy, top gun, potato peel society, hidden figures, now this one. He must have aviation vibes. Jonathan Majors made me want to get in shape because his shape is soooo good and this is from a lady with lady shape. Then again Jurnee Smollett's outrunning monster legs in itty biddy 50s outfits were also helpful.