When The Irishman Hits Your Eye Like A Big... 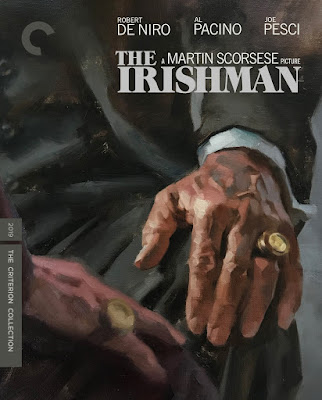 Criterion usually announces their new titles on the 15th of every month like clockwork, as we duly keep track of, but I guess they wanted to give last week's Frederico Fellini boxed-set news room to breathe because the rest of their November announcement  is only coming at us today, the 18th of the month. But they are Criterion, they are forgiven. Honestly they could give us new announcements every single day of the month and we'd post about them, as long as that meant they released hundreds of new movies per month, which we would also be here for.

Anyway! The rest of the November titles, besides that dreamy Fellini, include Martin Scorsese's latest masterpiece The Irishman (which I reviewed at the NYFF last year right here) they include Norman Jewison's romantic comedy Cher classic Moonstruck, they include Claudia Weill's 1978 NYC independent flick Girlfriends, and they include Jim Jarmusch's Ghost Dog: The Way of the Samurai. I have seen the first two (I only saw Moonstruck for the first time about four months ago!) but not the latter -- anybody fans of them? Girlfriends sounds like something I'd like, but I'm a mixed-bag when it comes to Jarmusch movies and Ghost Dog has never appealed. 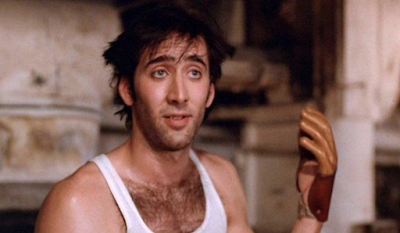 They are properly mainlining Netflix films lately. Roma, Marriage Story, Irishman... all films worthy of plush editions, but I can’t help wishing they’d spotlight with a little more variety than the films everyone can already watch as part of their by-this-point-obliged-in-2020 subscription.

If Criterion keeps releasing these Netflix films, can they do me a solid and give me a physical release of 2018's Cam? That's the one I would actually pay good money to get a DVD release of, let alone a Criterion release.

Ghost Dog is a good film, very moody and if you are into F Whitaker, you should see it. To me, the soundtrack is one of the best from that decade. RZA put it together for Jarmusch. Every track is great. I listened to it regularly back then.