The Island of Misfit Hammer Movies 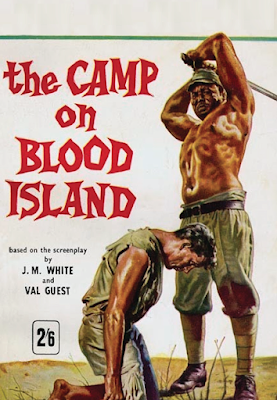 For all of the lesbian vampire movies I have staked my claim with it turns out there are literal actual tons of Hammer Films productions I have never seen -- the famed British Production house didn't just make Christopher Lee Lesbian Vampire movies! They had their hands in all sorts of metaphorical heaving movie bodices -- swashbucklers and science-fiction, dinosaurs, whatever the flavor of the day was you can bet Hammer bit off a piece of it. Which is why my eyes popped out of their head when I stumbled upon news of this forthcoming blu-ray boxed-set from them! 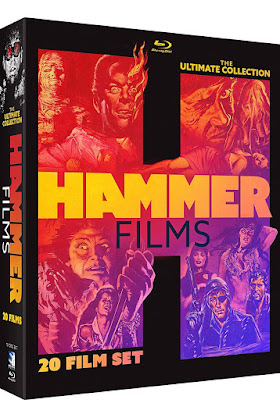 10 discs and 20 movies all dropping on November 17th! And right now it's only priced at 110 bucks, which is just about five bucks per movie. And I know, I also wish it was going to be out in time for Halloween, but we can't have everything. And like I said the set's not just Horror -- they're dipping into all of Hammer's genres with this thing. if you hit the jump I'll give you all the titles, and you tell me in the comments which of them you've seen...


So clearly these aren't the cream of Hammer's crop. But there's got to be some gold in there, it's the law of averages. That said [whispering very quietly] unless I'm mistaken I think I personally so far have only seen three of these? Just three! Specifically I've definitely seen The Gorgon, Maniac, and Die Die My Darling. 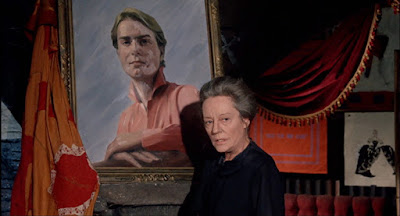 Can't go wrong with a deranged Tallulah Bankhead.
(Is there any other kind?)
.
Who? Jason Adams When? 2:52 PM

The list is missing The Vampire Lovers, Countess Dracula, Horror of Dracula and The Brides of Dracula. Vampire Lovers is a very fine adaptation of Carmilla, the first vampire novel that predates The Vampire and Dracula. Countess Dracula is the story of Elizabeth Bathory who thought bathing in virgin's blood kept her young and beautiful and these two film star the amazing Ingrid Pitt!

"These Are The Damned"--which is not a sequel to "Village of the Damned", despite the similarity of the titles and the presence of some very strange children--is my favourite of this bunch of Hammer films. Very dark story.

The Gorgon is a fabulous movie!