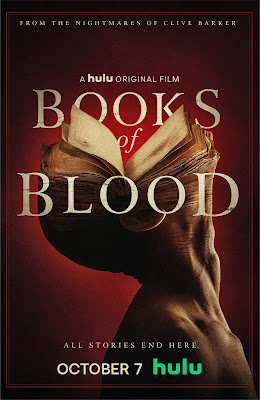 We've been hearing about an adaptation of Clive Barker's legendary Books of Blood for so long that I wasn't sure I hadn't already heard the news it is officially happening thanks to Hulu or not -- a dive into the archives shows no mention though, so I guess this is news to me! Hulu just dropped that poster seen above today, along with the word that the anthology film -- they mention it will include "three uncanny tales tangled in space and time" -- will be dropping on October 7th, right in time for our All-Hallowing. Names attached cast-wise are Britt Robertson (from Tomorrowland) and A Star is Born's cutie Rafi Gavron... 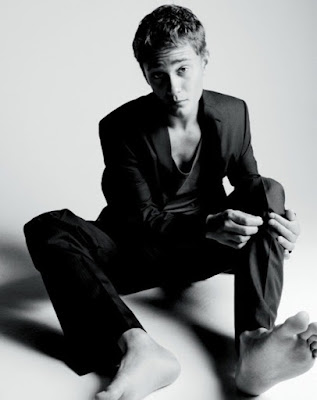 ... who is like an ideal Clive Barker slab of meat. He's British and pretty but there's something sharp and angular and weird (I mean this in the best way possible) about him. Ideal Barker Material. Oh and also Pushing Daisies star Anna Friel is in there! We adore her! The IMDb page has a few more names, check them all out there. The director is a question mark -- his name is Brannon Braga and this is his first proper film; he's done lots of TV, but nothing I've seen.

No idea which three stories they'll be using, as several have already been adapted for movies (like The Midnight Meat Train and oh you know Candyman) -- anyway I doubt they'll do my favorite, "In the Hills the Cities," even though I was just recently saying how we've got the computer technology now to make that super fantastical story possible. Scanning through the few character names included on the film's IMDb I do see actor Andy McQueen is playing a "Steve" which probably means they're adapting the story "Dread" which is one that... 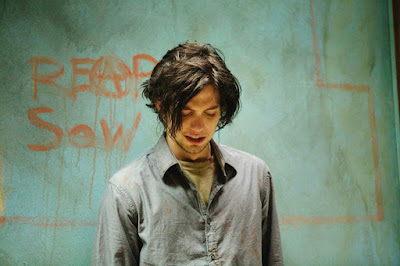