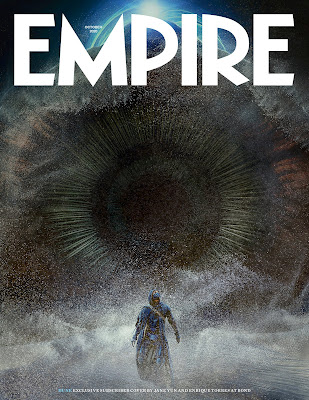 Part of me is hesitant to even utter the D word -- not not that one, heavens not that one -- after Warner Brothers went and scalped MNPP's Facebook over the weekend for daring to share something that they had released into the world themselves, but who am I kidding? I can't not cover the Dune movie starring Timothée Chalamet -- I don't have those sorts of standards. I am, in the wise words of Margaret White, weak and backsliding, and I like their filthy roadhouse whiskey breath, and I liked his hands all over me touching me, so on and forth so. So here we are sharing the latest batch of Officially Sanctioned Images From The Movie Dune, all via Empire Magazine (thx Mac) -- including their three different covers, one of which shows off concept art for this version's sand-worms, seen up top! I was really hoping they'd just CG Tim Burton's sand-worms in...

... but I guess that dream's not to be. Alas! They have instead decided to have our favorite future characters be menaced by giant gaping assholes -- hey I get it. We've all been there. And we are also getting Oscar Isaac with full salt-and-pepper beard, and for that we can't be anything but grateful. Hit the jump for all of the images... 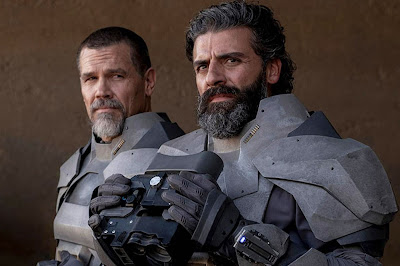 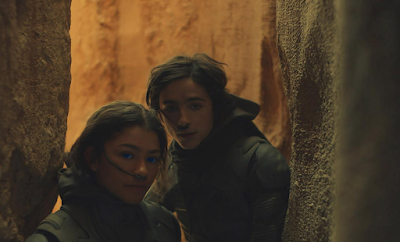 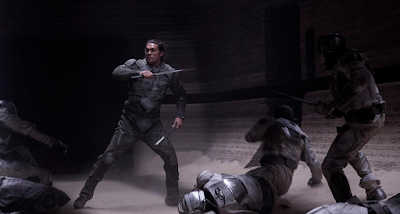 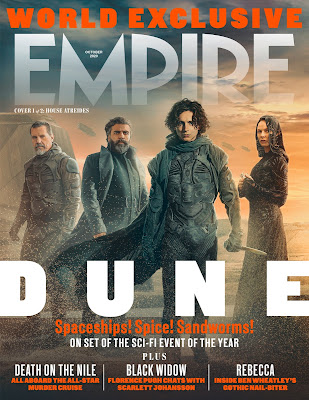 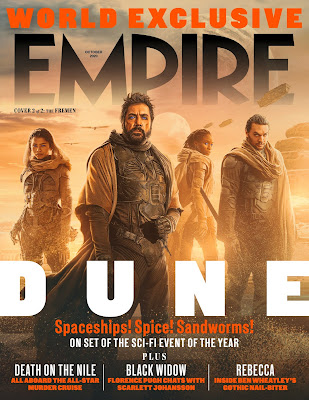 I only care about this because Oscar Isaac looks daddy AF.