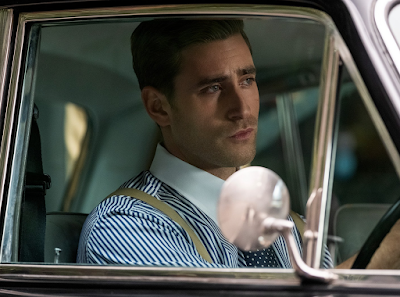 Vanity Fair has our first look images at The Haunting of Bly Manor, the second Haunting series from Netflix and Mike Flanagan after 2018's The Haunting of Hill House -- this new series of episodes has several of the same actors (including our favorite fur monster Oliver Jackson-Cohen, seen above) returning as new characters in a tale that centers on several Henry James ghost stories, most specifically The Turn of the Screw, about a governess taking care of two children in a haunted house. 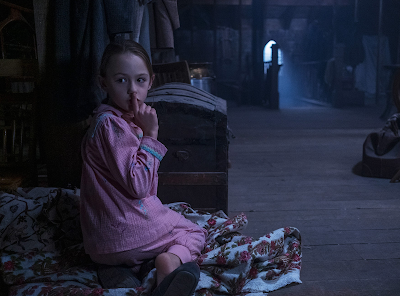 That story has of course been adapted into a film several times, including a stone-cold classic with Deborah Kerr in The Innocents in 1961, and then not quite a stone-cold classic (although I think it's a little underrated) with Mackenzie Davis in The Turning last year. Anyway read what they've all got to say at VF (plus a few more images) and we'll see how this iteration works out some time this fall (they haven't set a specific release date yet). 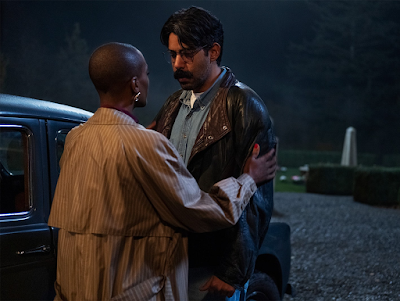 All I have to contribute to this is I hope Oliver Jackson-Cohen and Rahul Kohli make out at some point this season.

OJC! Hoping his character is a bit more likable - and unclothed - than the last Haunting.

Rahul can’t be getting in shape for Zack Snyder’s Twilight of the Gods, because that’s animated. It’s a voice role.