All the Boys Love Matty Bomer 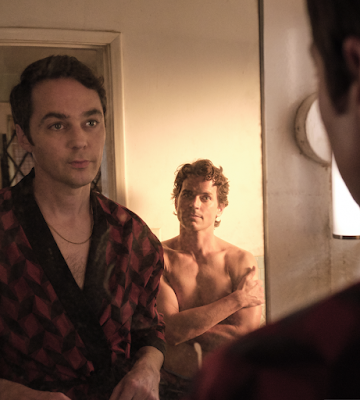 Argh just realized these, the first photos from the Ryan Murphy produced and Joe Mantello directed adaptation of The Boys in the Band, have been sitting in my inbox since Friday -- that's what happens when you have three-day weekends all summer long. Now normally Matt Bomer could sit in my inbox for an entire three-day weekend and I'd be fine with it, if we weren't actually talking about a literal "inbox" but rather a metaphorical "inbox." But we're just talking about the boring email kind. Boo! Anyway these show off the cast of the recently staged Broadway show who reunited to film it for Netflix, including Bomer, Jim Parsons, Zachary Quinto, Andrew Rannells, Charlie Carver, Robin de Jesús, Brian Hutchison, Michael Benjamin Washington, and Tuc Watkins. I feel like I heard one cast-member is different from the stage version but I never saw the stage version so what do I know? Nothing. Big lotta nothing. This hits Netflix on September 30th; hit the jump for a couple more shots... 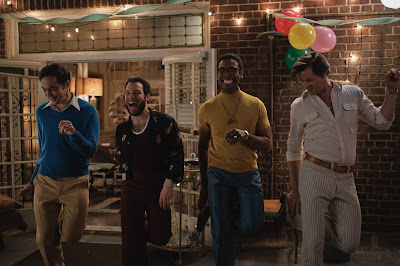 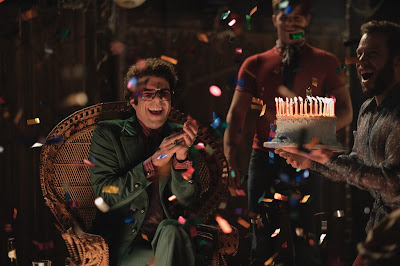 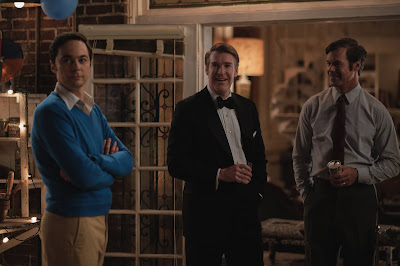 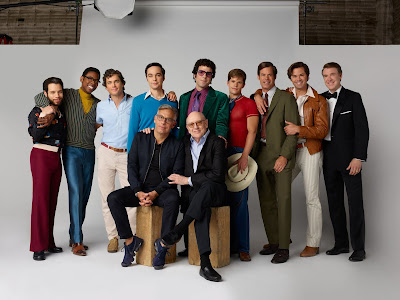 Have you seen Friedkin's take on the play? I've been itching to see it since Mart Crowley passed away earlier this year.

You mean the movie? Yeah a couple of times, although it's been awhile. It was a must back in all the gay cinema classes I took in college. It's a time capsule and as such fascinating, but god it's grim.

It used to be on YouTube, but it's been removed, I presume because the Netflix production is on its way.

No idea why they redid this if keeping same feel, costumes, sets, compositions of the 1970 film version. The original is not even an animation movie.

When I first heard of this one, I was worried they would try to update it. I am FAR more interested knowing they kept the context intact.