Poetry is a Game of Loser Take All 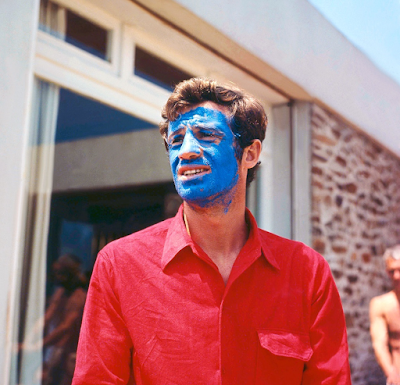 I only realized too late when I took half of last week off for my birthday that I'd be missing my favorite mid-monthly occurrence -- New Criterion Announcement Day! So we're doing it a few days late this month -- avert your eyes if this is so horrible for you! Per usual the announcement is for the films that Criterion will be releasing three months from now, meaning we're into October for these ones. First up is Jean-Luc Godard's 1965 masterpiece Pierrot le fou starring Jean-Paul Belmondo and Anna Karina, otherwise known as Probably My Favorite Godard Film? I've never really tried too hard to rank Godard since there are so very many I've never seen, but it's either this or Breathless because him filming Belmondo in the 60s is basically what heaven looks like to me, but I think I slightly prefer the Pop Art look of Pierrot. 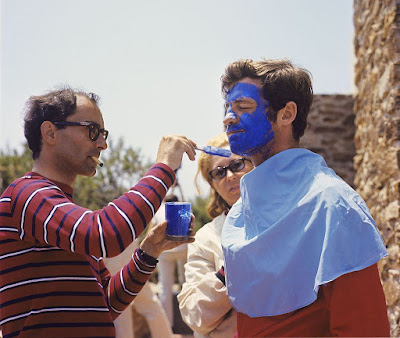 Just an absolute Dream Team, that. Anyway you can check out all the Special Features on Criterion's site -- looks like good stuff! Moving on also on tap for October is Bong Joon-ho's Oscar winner Parasite -- even though I didn't love Parasite quite as much as the rest of the world I will says it's so weird and wonderful to call it an Oscar winner, and I think that's a win for the ages, one that will hold up real well. I also really very much dig the cover art Criterion came up with: 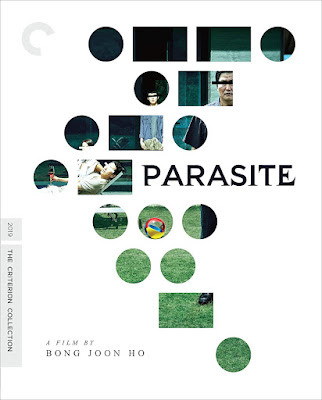 Very nice. The other titles that Criterion's got on hand for October are Diahann Carroll's Oscar-nominated 1974 romantic-comedy with James Earle Jones called Claudine, Gregory Peck in the brooding 1950 Western The Gunfighter, and then last but hardly least Stephen Frears' stylish UK gangster caper The Hit with Terence Stamp outrunning Tim Roth in sun-dappled Spanish locations from 1984. I have not seen any of these but if y'all would like to recommend I do, do that, in the comments please. The Hit sounds especially up my alley as I love me some hardboiled Terry Stamp, but Gregory Peck's Gunfighter mustache is also yee-haw a'callin' my lil' doggy... 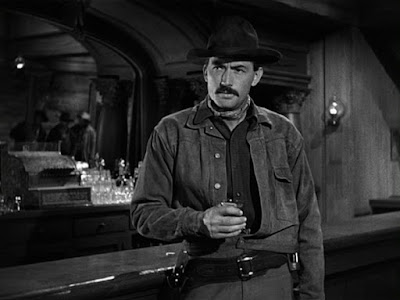 I’m curious/excited to see the black and white version of Paradise that’ll be included on the criterion version. Probably unnecessary but I’m curious either way.

I'm torn between this, Breathless, and Une femme est une femme. Honestly, Belmondo looks the cutest in the third, but the movie seems really far-fetched to me. I mean, imagine being in a love triangle that includes Belmondo and choosing the man who isn't Belmondo.