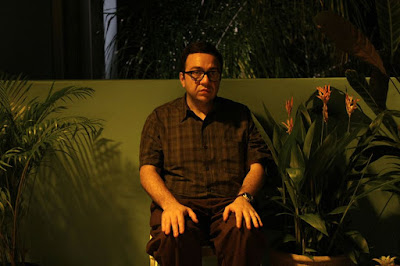 Mark Wiener: Sure. Forgive and forget.
But it's like freedom and democracy. In the end,
China will take over, and none of this will matter.

Todd Solondz's dreamy semi-sequel to Happiness (and Welcome to the Dollhouse too, seeing as how the character quoted above is indeed Dawn's brother) called Life During Wartime came out ten years ago today! Huzzah! I say it's a "semi" sequel because this is the movie where he recast all of the actors in Happiness with new actors, and let 'em rip. It's actually, I think, more than a semi. 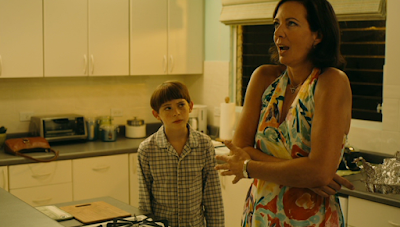 I saw it much earlier than July of 2010 though, at a screening at the New York Film Festival (although I believe this was when I was still buying tickets to NYFF and not covering it as press) -- I only bring that up because I don't think I have seen the film since that NYFF screening in October of 2009, a piece of information that leaves me scarred and flabbergasted. I remember really loving the film -- I wrote a little bit of a love letter to it at the time, here's a quote from me:

"The new actors portraying his old characters are harder, older, less vulnerable. But even beyond that there are walking dreams, ghosts from the past, a magical realism more exposed and ever-ever-slightly more hopeful than before. There is a real true heart beating in this film."

So why I've never seen it since I've no clue. But I would like you to know that I went on Amazon and ordered a copy of the Criterion blu-ray of this movie in the middle of writing this post, so this situation will be righted soon enough. Rest assured! I was just talking this week about re-watching Happiness -- now I'll make it a double-feature! Anyway any fans of this film out there? 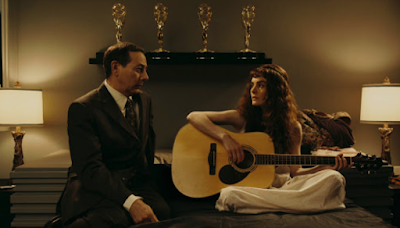 I've been wanting to watch this forever, but I want to re-watch "Happiness" first, and I know the moment I cave and watch my low-fi DVD version will be when they announce the Blu-Ray or 4K restoration release.

I like TS but haven’t seen this one. I hope you write a follow-up review, as I’m curious how your rewatch goes.