Push My Face in the Dirt, Garrett Hedlund 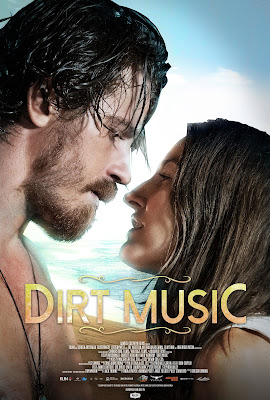 Two weeoks-ish ago I shared with all y'all the international trailer for Dirt Music, the romantic drama starring the dreamy team of Kelly Macdonald and Garrett Hedlund -- I shared it without knowing anything about a US release; I just wanted to look at them there pretty people. (Specifically Garrett obviously, who got giffed to heck and back.) Well a few days ago we got word on the US release with some new shit (including that poster above) so here's we be. Dirt Music is being released on VOD here in the States on July 18th. That's still part of my birthday week so I'm taking it as a gift to me! Mine!

And, yo ho, they also dropped a US-specific trailer to boot, which is only slightly different but I find the differences kind of fascinating -- it focuses much more on Kelly Macdonald's romantic situation than the Australian trailer did, which played up more of Garrett's tragic backstory, and oh...

... right it also has a few extra shots of Garrett taking his shirt off.
LOL who woulda guessed it was us Americans
who were the hornier ones. Here it is:
.