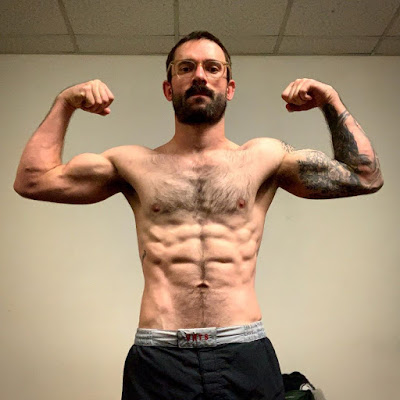 Did you know that the writer-director of last year's terrific toxic masculinity take-down The Art of Self-Defense, starring Jesse Eisenberg and Alessandro Nivola, looks like that? Well he does, and it seems like important information to share here on Riley Stearns (that's his name) 34th birthday. Very important! You can follow him on Instagram here -- he seems like a good enough chap from here; he hates on Trump at least. Oh and he was also married to Mary Elisabeth Winstead for a few years... 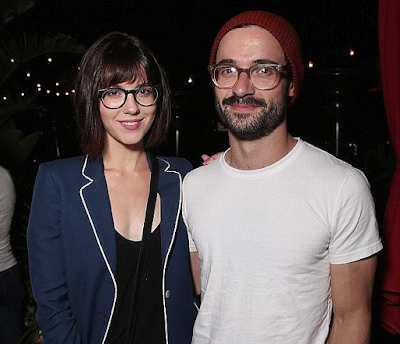 ... which evinces excellent taste. You should all watch The Art of Self-Defense if you haven't yet -- unfortunately I never properly reviewed it but I found it really striking; it felt like he has a distinct voice anyway. (I still haven't seen Faults, his first film from 2014 starring Winstead, but it's streaming on Prime.) We'll see how much of that voice carries over to his next movie, which sounds promising -- it's called Dual and it's about a woman (the great Karen Gillan) who has a clone of herself manufactured when she finds out she's dying, only to miraculously recover and then have to face down, as in a battle to the death, that same clone. It will also star Aaron Paul and mark a re-team with Self-Defense star Jesse Eisenberg again. That's set to come out next year.

Happy 34 to the exceedingly adorable Riley Stearns, writer-director of the exceedingly underrated The Art of Self-Defense -- can't wait to see his next movie! pic.twitter.com/xS3YOpdL6X
— Jason Adams (@JAMNPP) June 29, 2020

I highly recommend you (and anyone else who hasn't seen it) watch Faults. It's a nice tense little thriller that really deserves a lot more praise, and MEW and Leland Orser turn in great lead performances. Also Beth Grant is MEW's mom!

It's a shame MEW and Riley won't be collaborating anymore, even if it's on the count of she left him for Ewan.

i remember he used to be skinny fat and sounded like purses flew out of his mouth. i guess that movie about the nerdy loser taking up karate was based on his real life.