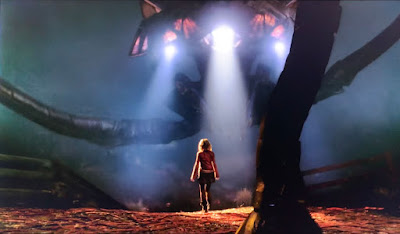 Narrator: From the moment the invaders arrived, breathed our air, ate and drank, they were doomed. They were undone, destroyed, after all of man's weapons and devices had failed, by the tiniest creatures that God in his wisdom put upon this earth. By the toll of a billion deaths, man had earned his immunity, his right to survive among this planet's infinite organisms. And that right is ours against all challenges. For neither do men live nor die in vain.

Apologies if the conclusion of a 123-year-old story is a spoiler to you but it's true, the invading aliens in H.G. Wells original story and both of its movie versions are destroyed by germs, beautiful germs. It's a twist that has some poignancy here in 2020 in the middle of a global pandemic, right? Today is also the 15th anniversary of Steven Spielberg's film, which is why we're actually here. I know somebody's going to point at the film's weak "happy" ending (germs aside) and I don't not agree, but I still think this movie is powerful and terrifying for the majority of its runtime -- that first attack...

... still gives me the goose-pimples. I think Spielberg exploits the explicit 9/11 imagery smartly, and brings it all to a head with that Tim Robbins character who, it must be said, feels somewhat prescient now, wouldn't you say? Anyway I am a fan of this movie, even despite that ridiculous tacked-on Boston reunion. 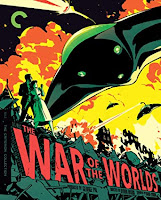 I'm also a big fan of George Pal's original 1953 sci-fi classic, which gave me TREMENDOUS nightmares as a child -- that basement scene was the stuff of nightmares for me for months. Those Simon Says faced motherfuckers were total creeps! I'm pretty excited about the Criterion edition of the film, which is out this coming July 7th. What eerily on-point timing...
.
Who? Jason Adams When? 11:49 AM

Spielberg is a master at these sorts of scenes. And I know it's not in vogue to appreciate Tom Cruise, but he looked so yummy in this movie. And speaking of yummy, who knew Cruise's on-screen son (Justin Chatwin) would later equally delight in showing off his ass-ets in "Shameless"?