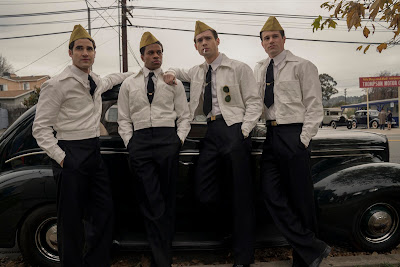 The first batch of official photos from Ryan Murphy's forthcoming Netflix limited series Hollywood have dropped today -- see our previous posts about the show right here -- and they have made it clearer than ever that Mr. Murphy is going to be leaning in to the version of Tinsel Town history that we heard from the juicy (and possibly made up) autobiography of Scotty Bowers, the supposed gas station gay pimp of the Golden Age. 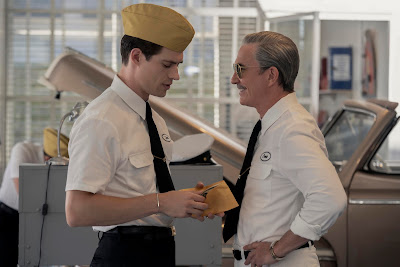 On the left there is the gorgeous David Corenswet (who is probably the only takeaway from Murphy's series The Politician) and on the right that's Murphy stalwart Dylan McDermott -- neither's character according to IMDb is named Scotty but one of them (David, really) oughta be. That said most of the main characters seem to be made-up, while they'll be surrounded by people playing Rock Hudson, Rock Hudson's creepy super-gay agent Henry Willson (who's being played by Jim Parsons), the gossip writer Hedda Hopper, et cetera so forth.

The seven episodes of Hollywood -- which also features Patti Lupone,  Darren Criss, Jeremy Pope, Samara Weaving, Laura Harrier, Holland Taylor, Jake Picking, and Joe Mantello -- will premiere on Netflix on May 1st. So just try to survive for four more weeks, y'all! Then we'll have a new show to binge while we're trapped in our houses still. A silver lining, that. Silver... like nitrate film, or whatever! I'm clever! Oh god get me out of this house, I am losing it. Hit the jump for a few more pictures... 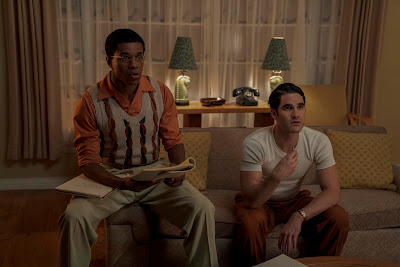 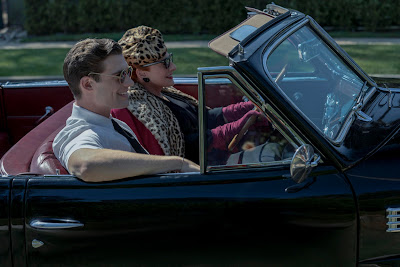 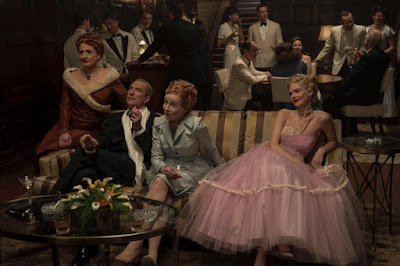 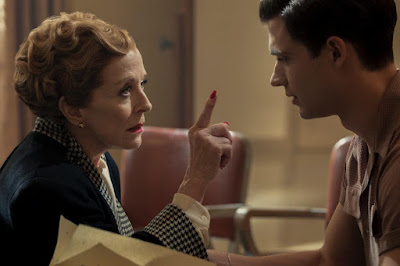 Hopefully, this show will salacious enough to explode some heads of the Reddit bigots that are constantly complaining about Netflix is too gay.